Trending video: Over 4.4 million views for this video of the Williams brothers shaking a leg to a Daler Mehndi hit. 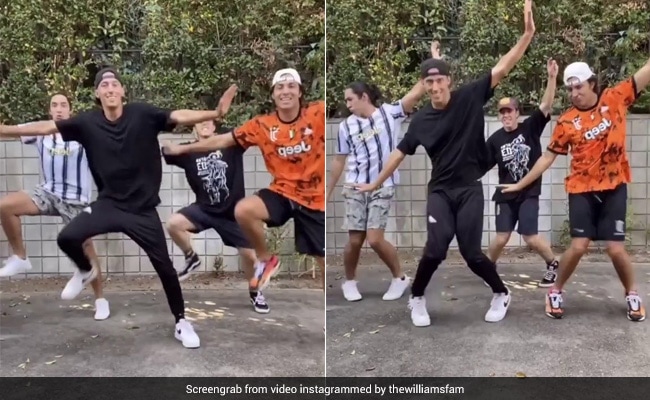 The William Family's dance to this Daler Mehndi hit has gone viral.

The Williams brothers of California recently discovered Daler Mehndi's brilliant track Tunak Tunak Tun - and their dance routine to the song is winning hearts on social media. The song has acquired a fan base of its own since its release in 1998. Besides becoming a permanent feature of Punjabi weddings, Tunak Tunak Tun has found international fame as well. The Williams Family, in fact, is the latest in a long line of music lovers and dancers who have discovered the magic of this song.

The Williams Family is a hugely popular group of four brothers whose dancing skills have impressed the judges of America's Got Talent. The California-based brothers run an Instagram account with over a million followers - and their Tunak Tunak Tun dance video is currently winning hearts on the photo and video sharing platform.

"This song is sooo lit," The Williams Family wrote while sharing the clip, which shows the four brothers performing to the peppy Daler Mehndi track. "Who's heard it before?" they asked. Watch it below:

Since being posted earlier this week, their dance routine has gone viral with over 3.8 million views and more than 1 lakh 'likes'. While many responded by saying that they had heard - and loved - the song before, others praised their dance routine and choice of song.

"Hahaha this is a classic," wrote one Instagram user.

"This is how we Indians roll, such a big fan of you all," another said.

Daler Mehndi's Tunak Tunak Tun found global fame in the 2000s. Here is a look at some dance performances and parodies of the song that have gone viral over the years.