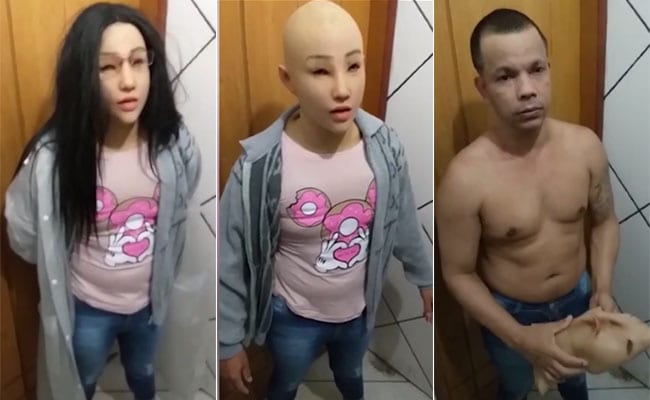 Clauvino da Silva tried to escape prison by dressing up as his teenaged daughter.

A Brazilian gang leader has gone viral around the world for attempting to escape prison dressed like his 19-year-old daughter. Clauvino da Silva tried to leave his Rio de Janeiro prison on Saturday wearing a wig, a rubber mask and a pink T-shirt, leaving his daughter behind bars after she came to visit him. None of that managed to fool prison officials, who said his nervousness gave him away as he tried to leave.

According to the Guardian, Clauvino da Silva had planned to leave his daughter in prison while he escaped. Police are looking into her possible role as an accomplice in the foiled escape bid.

Mr da Silva was part of one of Brazil's most powerful criminal groups, the Red Command. He has now been transferred to a maximum security prison and will face disciplinary action, authorities say.