Professor Alexander Abian, from Iowa State University, proposed in 1991 to blow up the Moon, on the lines of the movie 'Armageddon'. 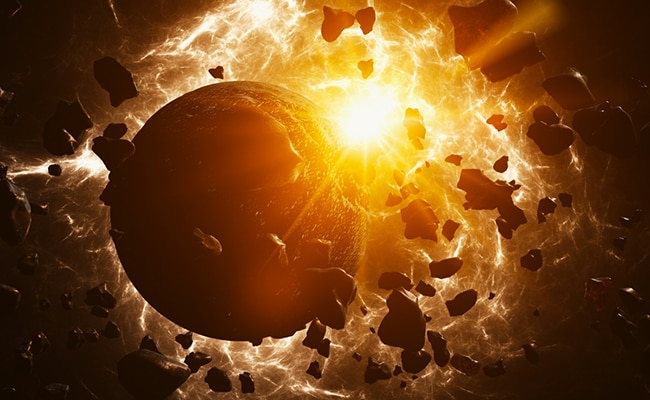 Blowing up the Moon will lead to certain big problems. (Representative Photo/Getty)

When Gru used the shrink ray to steal the Moon in 'Despicable Me', the idea was hailed as outstanding by viewers who helped the film win several awards. That was just an animated movie for children, but a US university professor actually proposed to get rid of the Moon to solve a bunch of Earthly problems.

The professor, Alexander Abian, was a mathematics professor at Iowa State University. He put forward his Moonless Earth theory in 1991 in a campus newspaper.

That theory was carried as a report by the People Magazine, which was highlighted by science news website IFL Science.

And just like the comical take in ‘Despicable Me' showed tidal waves stopping for surfers and a werewolf reverting to normal, Professor Abian's theory proposed an unconventional cure all for life's struggles.

And to do it, he proposed drilling a hole on the Moon, stuffing it with an atomic bomb and detonating it by remote control - much like the asteroid-blowing scene of blockbuster movie 'Armageddon'.

“You make a big hole by deep drilling, and you put there atomic explosive,” Professor Abian wrote, according to People. “And you detonate it - by remote control from Earth.”

The benefits, he said, would be the elimination of seasons which would put a stop to weather events like hurricanes, floods, wildfires and blizzards.

However, space scientists, including those from NASA, posed several questions to the professor before accepting his theory.

What would happen if the Moon is blown up?

Moon controls ocean currents and the tide, affects the weather to an extent, and alters the Earth's tilt. According to space scientists, its destruction can lead to some big problems on Earth.

Debris: According to the BBC, the asteroid-like stone that will fall on the Earth will be lethal and numerous. When they enter Earth's atmosphere, these stones will heat it up thereby affecting the life on Earth.

Earth's tilt will go for a spin: The BBC report said that Moon's debris will also spread out into rings around the Earth, tilting it further than the current level. Over tens of thousands of years, Earth could tilt beyond 45 degrees Celsius, which will cause one hemisphere to face the Sun continuously and the other remaining in perpetual darkness.

Moreover, the amount of explosives needed to blow up the moon has to be more than its gravitational binding energy. According to the BBC's calculations, astronomers will have to drill mine shafts hundreds of kilometres deep, all over the Moon, and drop a total of 600 billion of the largest nuclear bombs ever built down them.

moonMoon and earthblowing up moon