"This week on crossovers nobody asked for but everybody deserves - Hip Hop X Bharatham," YouTube India wrote while sharing the video. 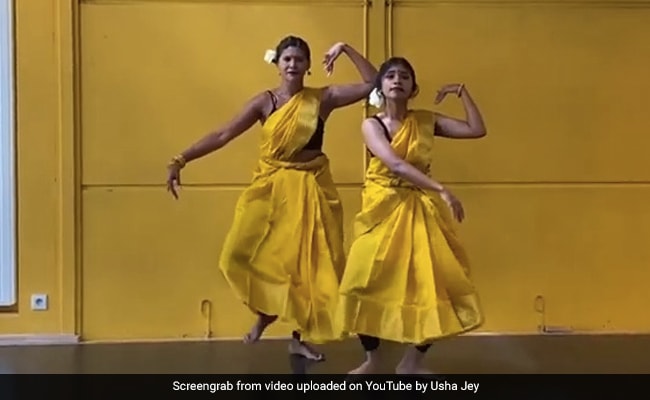 Ever wondered what would happen if two vastly different dance forms met in one video? This "criminally underrated" crossover between Bharatnatyam and Hip Hop gives you the answer. While Hip Hop is a form of street dancing that originated in America, Bharatnatyam is the oldest classical dance tradition in India. When these two diverse dance forms converged in one video, magic happened.

A video shared by YouTube India on Instagram shows two dancers performing to Whats Poppin' by Jack Harlow. "This week on crossovers nobody asked for but everybody deserves - Hip Hop X Bharatham," YouTube wrote while sharing the video. Below the video, the featured a comment which appeared on the original video, praising the performance as "criminally underrated".

The video features dancer Usha Jey and the dance performance was first shared on her YouTube channel in August. It is part of her "Hybrid Bharatham" series where she mixes the two dance forms. "Hip-Hop will always be my first love, but I have a big affection for Bharatham," she wrote while sharing the fusion video.

Since being posted on Instagram by YouTube India, the dance performance has garnered nearly 25,000 views and a ton of comments praising the two dancers.

"Nailed the beat in one go," wrote one commenter.

What do you think of this Bharatnatyam and Hip Hop fusion dance? Let us know using the comments section.