"The use of my number in the movie made my life completely miserable," he said. 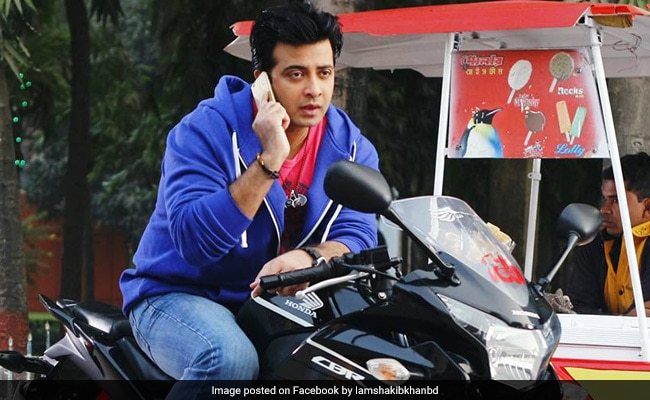 Dhaka: A Bangladeshi auto-rickshaw driver is suing for damages after his phone number was used in a movie, leading to a barrage of calls from female fans of the film's star that he says nearly destroyed his marriage.

Ijajul Mia told AFP Wednesday he had received hundreds of calls every day since the release in June of "Rajniti", in which the country's top movie star Shakib Khan is seen giving the number to his girlfriend.

"The use of my number in the movie made my life completely miserable," he said.

"Every day I got hundreds of of calls from mostly female fans of Shakib Khan. They would say 'Hello Shakib, I am your fan. Do you have two minutes to talk to me?'"

Mia said he had been asked to leave his family home since the movie's release and his new wife had threatened to leave him.

He argued that he couldn't take a new number because his clients knew the old one and he would lose business.

"I am a newly married man with one daughter. When these calls started coming, my wife thought that I was having an affair," he said.

One fan even travelled 500 kilometres (300 miles) to see him after learning where he lived.

Now Mia wants to sue Khan, who also produced and directed the movie, for damages of five million taka ($60,975).

His lawyer M. A Majed said he had filed the suit this week, but the district judge was initially hesitant to accept it.

Promoted
Listen to the latest songs, only on JioSaavn.com
"The judge ordered an investigation after we submitted evidence showing how these phone calls have almost destroyed the life of Ijajul," Majed told AFP.