Bakery Robbed, Owners Give Away Cookies With Suspect's Face Printed On Them

"The bakery was robbed of cash and equipment on Monday April 19th. So, we made delicious sugar cookies with his image on them!" the bakery announced 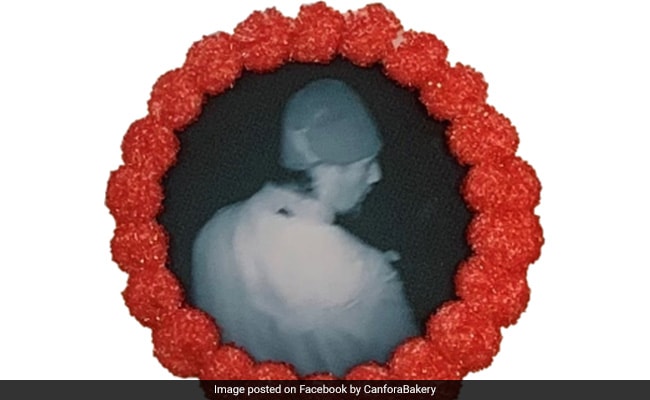 A bakery printed a robbery suspect's face on dozens of cookies.

A bakery in Milwaukee, Wisconsin, came up with an interesting way to ask for help in identifying a man suspected of robbing their business. The owners of Canfora Bakery, Eric and Karen Krieg, went through security footage after their bakery was robbed, found a clear picture of the robber's face, and printed it on almost a 100 sugar cookies.

According to the Milwaukee Journal Sentinel, at around midnight on April 19, a man jimmied a lock open at the bakery and stole the cash drawer.

The bakery owners decided to ask for the public's help in identifying the suspect.

"We decided to make the best of it and see if the community could identify him," said Karen Krieg.

The couple took an image of the suspect from security footage and had it printed on edible paper. These images were then stuck on dozens of cookies that were handed out to customers and locals. The images were also shared on Facebook.

"The bakery was robbed of cash and equipment on Monday April 19th. So, we made delicious sugar cookies with his image on them!" the bakery announced on Facebook earlier this month. "We invite the Bay View community to come on in and take a bite out of the thief while supplies last - one per family."

"What a great idea! I hope he's found," wrote one person in the comments section. "Wow! Sorry for the theft Karen but what a great response," another said.

Within hours of making the post, the Canfora Bakery started receiving tips. In an update shared a week after the post, they announced that the man had been identified.

The Milwaukee police department also confirmed that a 45-year-old man had been arrested in the case.