Azim Premji, 75, transformed Wipro from a company making vegetable oil to a diversified conglomerate. He donated Rs 7,904 crore in 2020. 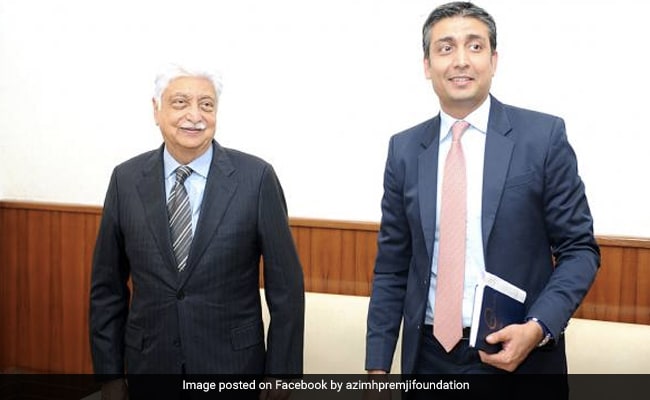 Azim Premji has emerged as the most generous Indian in 2020

Azim Premji, the founder-chairman of Wipro, topped the list of philanthropists in India for 2020 with Rs 7,904 crore in donations. He donated Rs 22 crore per day, according to EdelGive Hurun India Philanthropy List 2020.

"Azim Premji Endowment Fund owns 13.6 per cent of the promoter's shareholding in Wipro and has the right to receive all money earned from promoter shares. On 1 April 2020, Azim Premji Foundation (Rs 1,000 crore), Wipro (Rs 100 crore), and Wipro Enterprises (INR 25 crore) have committed INR 1,125 crore towards tackling the Covid-19 pandemic outbreak. These are in addition to the annual CSR activities of Wipro, and the usual philanthropic spending of the Azim Premji Foundation," a press release by EdelGive Hurun India Philanthropy List 2020 reveals.

Azim Premji, 75, transformed Wipro from a company making vegetable oil to a diversified conglomerate. One of the richest men in India, he has donated a large part of his wealth to philanthropic causes.

After his father emerged as the most generous Indian for the year 2020, Rishad Premji took to Twitter to share something about his father's philosophy on wealth.

"My father has always believed that he was a trustee of his wealth and never its owner," wrote Rishad Premji. "Being part of the communities in which we live and work is also a core part of Wipro."

My father has always believed that he was a trustee of his wealth and never it's owner. Being part of the communities in which we live and work is also a core part of Wipro. pic.twitter.com/TiDL58S23M

Last year, speaking to the graduating students of the Gujarat Vidyapith, Azim Premji had revealed that his thinking and actions on what he should do with his wealth were influenced by his mother and Mahatma Gandhi.

"It was Mahatma Gandhi who, after my mother, most strongly influenced my thinking and actions on what I should do with the privilege of my wealth," Mr Premji had said.

"The Mahatma's idea that the wealthy must be trustees of their wealth for the good of the people and the community, has resonated with me from much before I became wealthy," he said.

The third spot on the list was occupied by India's richest man Mukesh Ambani, with donations of Rs 458 crore.