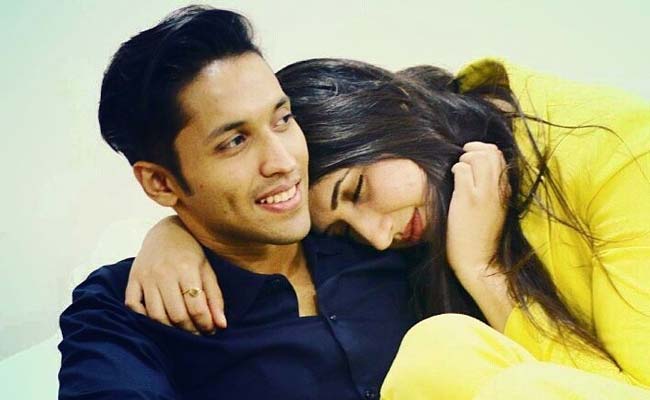 As far as grand, public proposals go, this one will be hard to forget. Romance novelist Durjoy Datta just proposed to his fiance Avantika (yes, fiance because they're getting married next week, proposal or not) on Twitter causing quite the social media frenzy. Most people online loved it.

The 28-year-old writer, who's co-authored romance novels like Of Course I Love You ..! Till I Find Someone Better, Now That You're Rich... Let's Fall in Love! and Ohh Yes I Am Single...! And So is My Girlfriend, not only made his proposal public but also sought social media's help in getting that yes (again?).

The author posted a huge message for his fans letting them know about his plan - he would wait at the airport for Avantika, who was travelling, with a placard reading 'The Love Of My Life'.

Come on Twitter and Instagram? We have two hours. Here's a totally natural picture of Avantika and I. It's not posed...

Over the next few hours, Durjoy tweeted his proposal to Avantika, in stream-of-consciousness style, accompanying the hashtag #marrymeavanttika with every thought in his mind, the reason for the gesture, words of praise for his intended and more.

Hi! I'm online for the next two hours. Because i need to tell you guys something. #marrymeavantika

I'm in love with a girl. Not surprisingly her name is. @avanttika! She has inspired almost every woman character of mine!

He also let everyone know why he was proposing when they were already getting married.

Now we are getting married. #marrymeavantika But i havent yet done a formal proposal. Because I'm a fool.

I have my tuxedo ready. But i want her to come to the wedding thinking I made an effort
.#marrymeavantika

Now i want help from you guys.. #marrymeavantika

She's on a flight that's going to land in another two hours. Let's bully her into saying yes to my proposal? #marrymeavantika

Also she's on a flight so she has no idea this is going down. I will be waiting with a placard that says "love of my life". Could be lame.

Shortly into the tweet-proposal, nerves kicked in:

Thank you for all help. What if she's like bleh? Just a ring would have done. #nerves#marrymeavantika

Do i need to rethink? No. Been in a relationship for four years now.. #marrymeavantika

And then he couldn't wait any longer:

She just called from a number that has no internet. So yeah. Still no update. Have this tho to catch her attention. pic.twitter.com/U9RwGCSMqm

Durjoy noted that this would be a great story to tell the kids:

I'm still waiting but thank you! I will remember this when we have dozen kids. If she's okay with it.

While the lovelorn novelist waited for the answer so late in coming, Twitter went crazy. Some people loved the whole thing and others, ummm, not so much.

@durjoydatta MARRY THIS GUY @avanttika
u'll not find anyone better than him
he's already broken our hearts :'(
but still =D no issues xD

"Yes. she said." could be the next bestseller
Kudos @durjoydatta & @avanttika! Make this love story more special guys!#marrymeavantika

The best way to propose her is to make tons of people propose along with you. Only a writer can get this idea. @durjoydatta#marrymeavantika

Durjoy Dutta proposed to his girlfriend over twitter? Bhai, You're an author, is this the most innovative proposal idea?

After waiting with bated breath for what seemed like eternity (and a couple hundred or more tweets and reactions):

Thankyou @durjoydatta and everyone I know crying in proposals is cliched but.......

She said yes. Because, you know, who could say no to this (slight sarcasm intended).

SHE SAID YES!
Now we can calmly go ahead with the wedding next week. pic.twitter.com/LBhnFAlJex

This is indeed a proposal for the digital age.

The jury appears to be out on whether Durjoy Datta's proposal was legitimately romantic or bordering on creepy. So tell us, how many of you women would like a proposal such as this, a virtual bended knee? And what if you are marrying the person anyway - would you consider this OTT, as some have done? Would a proposal like this be a deal breaker? And men, do you think you'd like to follow suit or is this too dangerous to try at home?