"I wish Bollywood was as creative as Amul," wrote one fan. 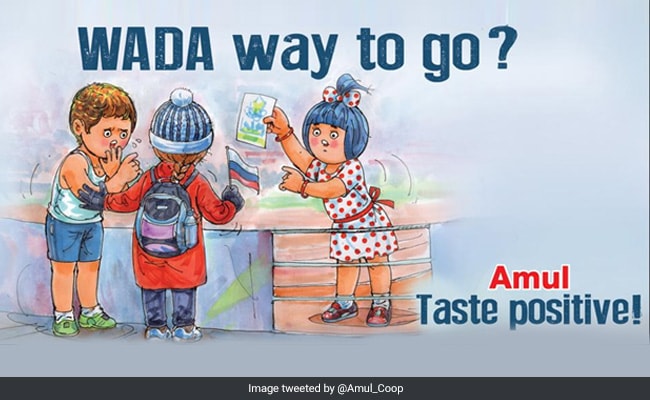 Amul's latest ad is based on Russia's WADA ban.

With Russia banned for four years from all major international sporting events by World Anti-Doping Agency (WADA), Amul has come up with yet another creative advertisement on a topical issue, amusing Twitter users. Amul is known for its creative ad campaigns.

The company posted the ad on its official Twitter handle @Amul_Coop. In it, Amul's iconic mascot girl is shown waving the ban at a Russian athlete.

Amul's ad on Russia's ban has been 'liked' over 700 times since being shared on Wednesday.

Responding to it, a fan gushed: "I wish Bollywood was as creative as Amul."

Another pointed out: "Amul ads are so topical and humorous for so many years." A third post read: "Great cartoonist."

Before this, Amul had come up with a creative on surging onion prices that had left many amused.