The little boy was half in tears when he fell at Mr Bachchan's feet and asked him to sign a painting he was carrying. 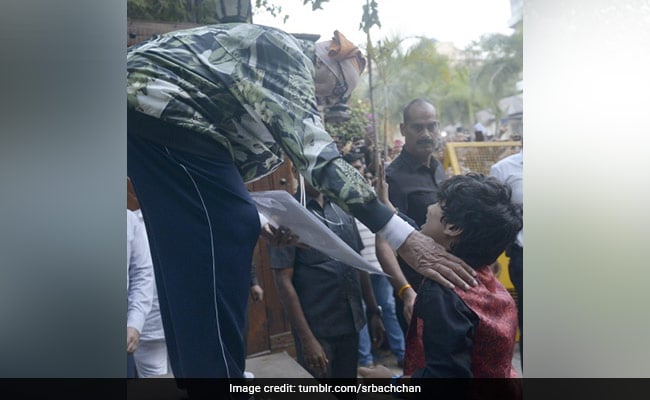 A young fan of Amitabh Bachchan broke the security barrier outside his bungalow Jalsa when the Bollywood star was interacting with his fans as part of his Sunday meet and greet. In his latest blog post on Tumblr, Mr Bachchan shared pictures from the incident and wrote about how the little boy was overwhelmed by meeting the actor. He said that the young fan, who came all the way from Indore, broke the cordon, touched his feet and got his sketch autographed by him.

The images shared by Big B showed the child breaking police lines and running up to him despite the efforts of the bouncers to keep him back. The little boy was half in tears when he fell at Mr Bachchan's feet and asked him to sign a painting he was carrying. 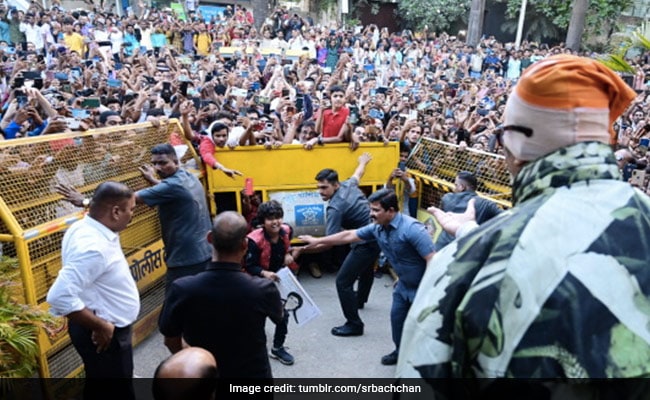 The Images also showed the Bollywood star comforting and interacting with the child. 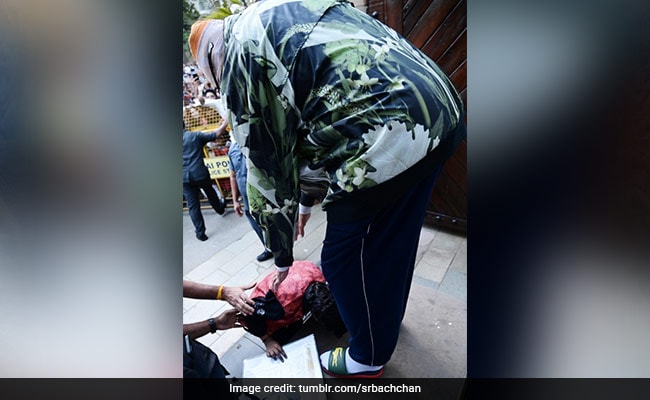 In his blog, Mr Bachchan wrote, "and this little fellow came up all the way from Indore after at the age of 4 he saw DON .. and stuck to it .. dialogues acting my lines etc., .. in tears for having met me his desire for long .. sublimates himself at the feet , which I just do ot like and abhor .. but ..."

"Console him as he breaks the cordon and runs up... console him... autograph the paintings he did of me and get to read a letter from his father... Such be the emotion of the well-wishers... it leaves me in a swell of the aqua when in solitude... what how when why... me!" he added. Mr Bachchan shared the blog on Monday. In the same post, he also said that KBC (Kaun Banega Crorepati) Junior begins the recording by day after. "Need to rehearse for the onslaught of this most aware brigade of this generation - smart, aware, intelligent beyond all perception, and with the maturity of one that has had decades of experience," he said.

Meanwhile, on the work front, Big B was last seen in the much-acclaimed film Uunchai, directed by Sooraj R Barjatya. The movie also features other stars including Neena Gupta, Anupam Kher, Booman Irani and Danny Denzongpa.