Alphabet Memes Are The Funniest Thing On Twitter Today

With a mix of Bollywood and creativity, users are trying to get funny results 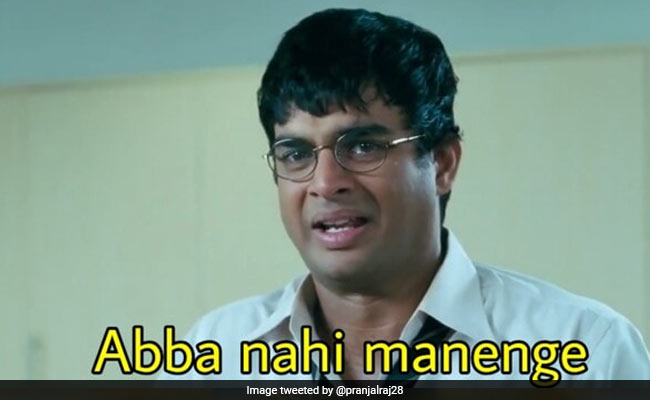 A new meme format, trending on Twitter, hilariously reimagines the way in which the English alphabet are taught. The template is simple and the rules are unwritten. Users pick a letter, which acts as an anchor, and write what it stands for in the funniest possible way. To expand the idea, most Twitter users are using popular Bollywood movie dialogues, scenes or names of celebrities. For example, one user picked the letter ‘M' and a dialogue from the 2002 movie Raaz to talk about mobile phone addiction:

Take another example. The user chose the letter ‘B' to express the hardships students face while studying for MBBS and how the five-year-long course makes them feel.

The 'B' in MBBS Stands for :- pic.twitter.com/4zCYOFp7Li

This meme-maker is evidently a Shah Rukh Khan fan.

The "A" in Shah Rukh Khan stands for : pic.twitter.com/gjzUpuDt1M

Another user used the same letter to make a different point — a young man's passion versus family pressure to choose a profession of their choice.

"A" in passion stands for pic.twitter.com/wWLIPlw5eU

Even Elon Musk was not spared by the ingenuity of Indian Twitter users. One of them used the letter “E” and a dialogue from the movie PK to refer to the tech tycoon's quest to make humans a multiplanetary species.

Zomato joined the fun with its own take on the format

the 'a' in chai stands for pic.twitter.com/Y34Z9qdH5f

As did Pizza Hut

Check out some more memes below:

The Y in Salary stands for pic.twitter.com/NHKbhQ3NyS

T in "trip" stands for pic.twitter.com/A873S3Wgpy

Share in the comments section below how you want to use the template to express yourself.