Woman Drives 34 Kilometres With Coyote Stuck In Bumper. It Survived 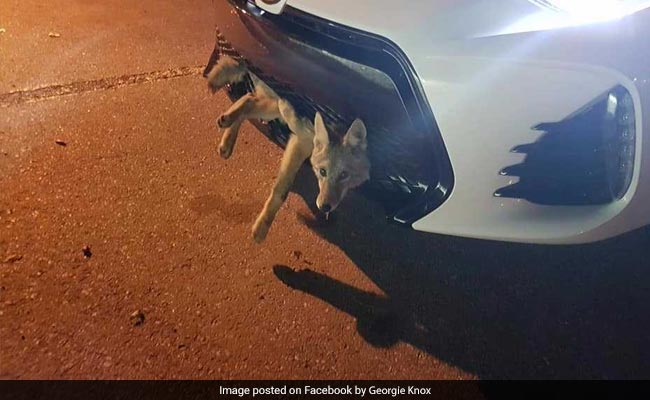 Georgie Knox from Alberta, Canada was driving to work when she accidentally hit a coyote that suddenly appeared in front of her car. Dreading the worst, she kept driving assuming the animal was dead as she had heard a "crunch". But at the next traffic signal, she was shocked when a construction worker informed her there was a coyote "embedded" in her car.

The helpless animal spent about 20-25 minutes, covering almost 34 kilometres, while lodged in the car's grille. But it was alive. The concerned driver called for help to free the animal out of its misery. Ms Knox posted photos of the poor coyote on Facebook on Sunday and they have since gone viral with over 2 lakh shares.

"Miraculously, he was freed and had minimal injuries despite having hitched a ride from Airdrie to Calgary at highway speeds! Their biologist checked him over and gave him the good to go," she wrote on Facebook.


Ms Knox also documented the animal's release into the wild and the video has a whopping 29 million views.

"They released him in Kananaskis. Clearly mother nature has other plans for this special little guy!" she wrote about the coyote's release.

The video was also posted by Alberta Fish and Wildlife Enforcement. They confirmed that the animal "showed no signs of injury or disease".