'Things We Do For Love And...': Ajay And Kajol's Sweet Exchange On Twitter

Even cuter than this picture is the caption accompanying it 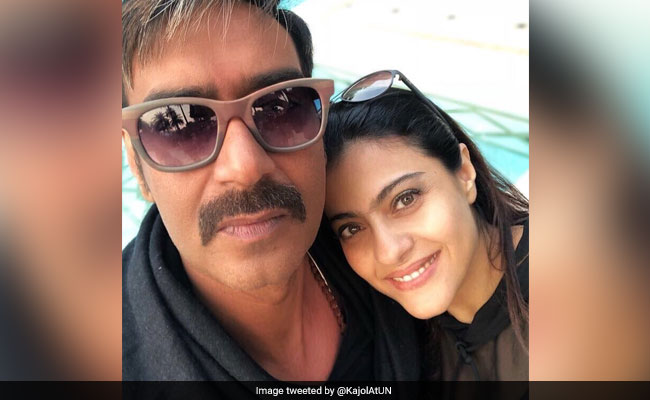 Kajol treated fans to a selfie with husband Ajay Devgn.

Ajay Devgn and Kajol recently left social media going 'aww' with a very cute exchange they had on Twitter. Known to be a very private couple, the duo recently treated fans to an adorable selfie together. The picture was shared by Kajol on Twitter and Instagram about 14 hours ago and has collected almost 3 lakh 'likes' since. But even cuter than their picture together was the accompanying caption. Check it out below:

While this dilemma is something a lot of wives and girlfriends will identify with, it was Ajay Devgn's response that left us going aww.

Ajay's sweet response has collected over 9,700 'likes' on Twitter. Many on the micro blogging site agreed with his sentiments.

However, it is not just fans on social media who are loving Kajol and Ajay's adorable selfie. On Instagram, their daughter Nysa also commented on the pic saying, 'SO CUTE MOM.'

To this, Kajol quipped, 'So familiar you mean!!'

On Diwali this year, fans of the couple, who have co-starred in films like Ishq, Raju Chacha and Pyar Toh Hona Hi Tha, were treated to family pictures of them with their kids, Nysa and Yug.