"The project sees three refugees looking to rehabilitate their lives through sport," the Abhinav Bindra Foundation wrote on Facebook 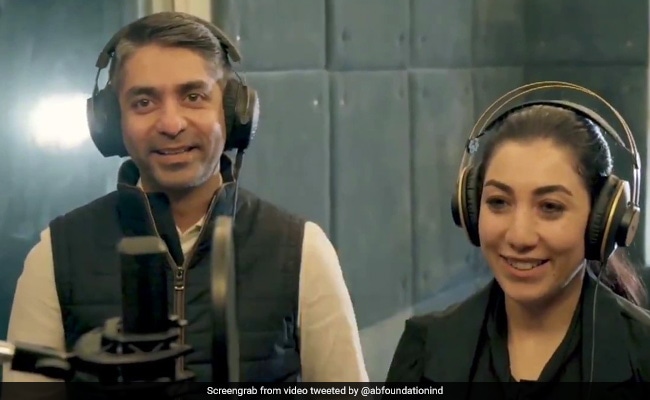 The 'Make A Mark' project is helping refugee athletes transform their lives through sport.

The 'Make A Mark' project, backed by Olympic gold medal-winning shooters Abhinav Bindra and Niccolo Campriani, has released its theme song. Created by Grammy Award-winning composer Ricky Kej, the song was unveiled on Wednesday and has since earned high praise on social media - including a tweet of appreciation from Bollywood star Amitabh Bachchan.

The 'Make A Mark' project is helping refugee athletes transform their lives through sport. Champion shooters Abhinav Bindra and Niccolo Campriani are helping three refugee athletes qualify for the Olympic games through the initiative.

"A project initiated by three time Olympic champion, Niccolo Campriani, the project sees three refugees looking to rehabilitate their lives through sport," the Abhinav Bindra Foundation wrote on Facebook while sharing the theme song. "With no previous experience, each of them has picked up Olympic shooting, and in one year, now stand a chance to be eligible for qualifying for the Olympic Games in Tokyo!"

The song features Mr Bindra and Mr Campriani, along with the athletes they are training - Khaoula and Mahdi.

Amitabh Bachchan was among the thousands who praised the initiative. "Sports cares... preparing those displaced, to find their place," he wrote while sharing it on social media platforms today.

According to news agency PTI, Abhinav Bindra, India's only individual Olympic gold medallist, is actively involved in the project along with his Italian friend Niccolo Campriani. Through the initiative, the duo aims to train the refugee shooters in air rifle and help them participate with the Refugee Olympic team, which made its debut at the 2016 Rio Olympics.

"Sport has the power to transcend border, race and culture," Mr Bindra said in a video released by his foundation. "It is a pleasure to be part of the project, and I hope that over time, more Olympic champions pick up the mantle and reach out to more people that can benefit from it," he said.