Many men showed up in bikinis to get some free fuel 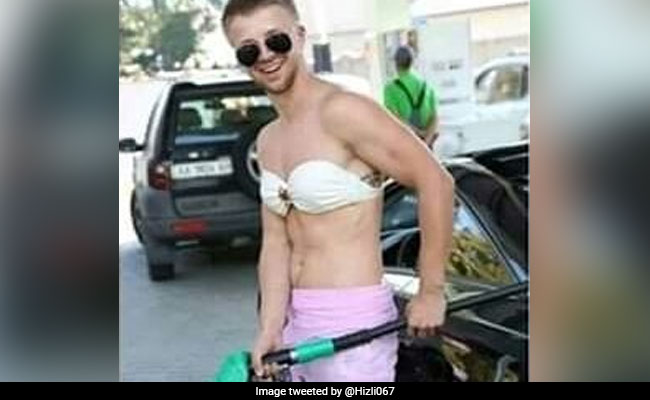 Men in Russia showed up at a petrol pump in bikinis to claim free petrol.

The offer of free fuel to customers wearing bikinis by a petrol pump in Russia was too good to resist, it seems. While the owner of the Olvi petrol station in Samara may have had a different clientele in mind while making the offer for some publicity, many men turned up in bikinis to get some free fuel.

The incident led to the hashtag #BikiniDress trending on Twitter. Many Twitter users also dropped witty remarks. One said: "When you change your character's gender in a game in the middle of a mission".

Another pointed out: "Some dudes even went the extra mile with the heels".

Pics of men in bikinis at the petrol pump have gone viral online.

"As a male in California...it's safe to say I'd strip for a free fill-up nowadays with the damn taxes" wrote one social media user.

A Twitter user said: "Me and the boys refuelling our government issued T-34s". "They had to come in a group, to get fuel for their tanks, with the Russian anthem playing in the backdrop".

One was reminded of fire hazards by seeing pictures of men in bikinis. "Those hot bodies are a fire hazard".