A Look At Some Of The World's Best Airports. Watch

From infinity pools to aquariums, these airports have it all 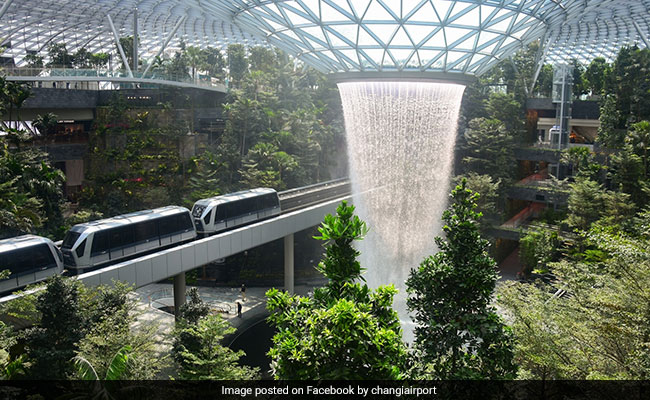 Take a look at some of the world's best airports and find out what makes them so great.

A lot of people agree that taking trains and flights is probably is worst part about any vacation - more so when there are long layovers involved. However, some airports are so good, they make travelling not just tolerable, but even fun. A video by Business Insider takes a look at some of the world's best airports and the amenities they offer that make them flyer-favourites.

Number two on the list is Vancouver International Airport in Canada. This airport has the world's largest collection of northwest coast native art and its own curator. It also features two aquarium exhibits that are home to a variety of marine life.

The John F Kennedy International Airport in New York places at number three on this list. The infinity pool at the airport's TWA Hotel overlooks an active runway - making it one of its major attractions. The '60s-themed TWA Hotel also houses the world's biggest hotel gym and a restaurant overseen by a world-renowned chef.

The Kuala Lumpur International Airport in Malaysia has a unique feature - a jungle boardwalk. This "forest" inside the airport is fairly small, but the perfect place to breathe some fresh air before a long flight. This airport makes it to the fourth place.

Chicago O'Hare Airport is famous for its underground art installation called 'Sky's The Limit'. Created by artist Michael Hayden, this installation is made with almost 500 neon tubes and has featured in music videos. This airport makes it to the number 5 on this list of the world's best airports.

Watch the video above to find out what other airports have made the list.