A Captain, A Mom, A YouTuber: She Proves That Sky's Not The Limit

"I struggled to get a job since there were no vacancies," says Ritu Rathee Taneja. 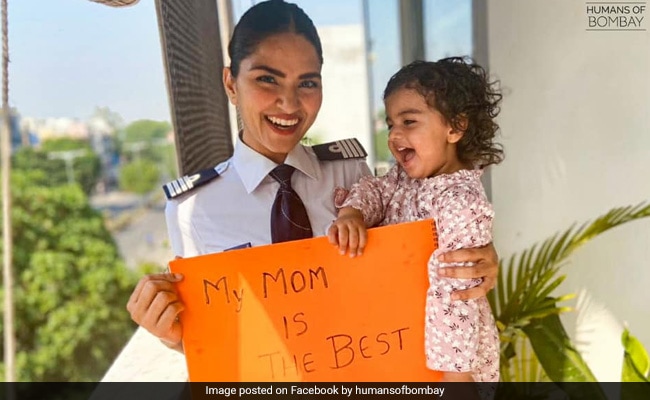 Ritu Rathee Taneja with her daughter.

A pilot by profession, a successful YouTuber by passion and a mother to a two-year-old girl - Ritu Rathee Taneja seems to have it all. But life wasn't always picture-perfect for her, as Ms Taneja reveals in an interview to 'Humans of Bombay'. "It wasn't easy being ambitious in a society where people thought, 'Ladkiyan bojh hain (girls are a burden)," she say.

Her relatives thought that she should get married before she got too educated, but Ms Taneja's parents worked hard to send her to school. While she was in school, a friend suggested that she should try becoming a pilot - an idea that became the starting point of her successful career.

"I applied to training programs in the US and eight months in, I heard back," says Ritu Rathee Taneja. However, she knew her parents would be hesitant to send her halfway across the world alone. She told her father to spend the money he had saved for her wedding on her education instead, promising that she would make him proud one day.

"He agreed, but our relatives said, 'She'll go abroad and do things with boys, get her married before she's fully ruined'," says Ms Taneja. Her parents, luckily, turned a blind eye to these insinuations and sent her to the US for training.

When she returned after a year and a half, however, Ms Taneja found that jobs were scarce. "I struggled to get a job since there were no vacancies. Relatives took digs at papa saying, 'We told you this would happen'," she says.

Things took a turn for the worse when her mother died due to a brain haemorrhage. While her father was "miserable" and the family was surviving on loans, Ms Taneja took up a side job and studied for seven hours a day on top of that.

"Finally, I got an offer from an airline to be the co-pilot!" she says. "I was elated."

For the next four years, she flew about 60 flights a month and was eventually promoted to Captain. "Sitting on the Captain's seat was my 'Apna time aa gaya' moment," she says.

Ms Taneja also met her husband during this time. Today, they have a two-year-old daughter and together run a YouTube channel with over 3 million subscribers. "We've grown into a small, happy family with our 2 year old daughter-we even vlog our journey of being a working, hustling couple!" she says.

Ritu Rathee Taneja ends her inspirational interview by talking about the pride she feels when her father says "My daughter is a Captain". The fact that makes her proudest, however, "is that I'm not even just that - I'm a Captain, a vlogger, a wife and a mother. And I won't allow anybody to set limitations on what I can be."