They say that laughter is the best medicine - Twitter puts that to test. 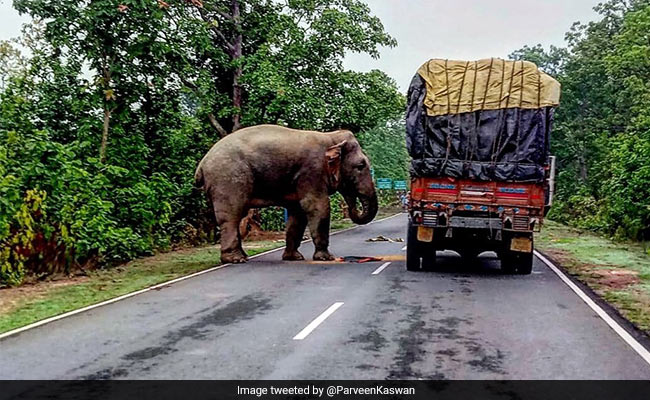 A toll-collecting elephant and other tweets that have amused social media users.

It's Sunday! Possibly the most awaited day of the week - at least for those who don't have to work over the weekend. In the middle of the coronavirus pandemic, Sundays may no longer be for socializing and brunching, but that's no reason why you can't have a great weekend anyway. In fact, to ensure that your Sunday starts on the right note, here are some hilarious social media posts that will have you laughing out loud.

Take a look at some hilarious tweets that will brighten your day and bring a smile to your face:

They say that laughter is the best medicine - and this viral picture is sure to make you chuckle. In the day and age of face shields and masks, concealing one's identity has never been easier. One doctor took full advantage of the fact when he replaced his ID photograph with a picture of Brad Pitt - and left social media users amused.

Laughter is the best medicine pic.twitter.com/HtL4sDiD03

Speaking of things that have left social media users amused - don't miss this picture of an elephant that collects toll tax from passersby. A picture of the elephant was shared on Twitter by IFS officer Parveen Kaswan on World Elephant Day. "So last month this #elephant started collecting toll from everyone!" he wrote while sharing the pic, which shows the gentle giant standing politely in front of a truck, waiting for his toll.

So last month this #elephant started collecting toll from everyone !! #HaathiHamaaraSaathipic.twitter.com/96nYU8Hp7A

Also in stuff that left Twitter users in splits this week is a Dubsmash video of IPS officer RK Vij with his daughter. It's definitely relatable for anyone who has been forced to wear a jacket every time their parents felt cold. Watch:

2020 has been a difficult year, thanks to the pandemic. But trust Twitter to find something to laugh at even in these tough times. IAS officer Nitin Sangwan recently shared a video which shows a series of unfortunate events that sum up "The year 2020 for us". Take a look:

2020 has also been a year that has tested people's patience with online classes, Zoom meetings and endless webinars. No one can attest to that better than this kindergartner who is done with online kindergarten.

My Kindergartner on a 40 minute video call is a total mood. pic.twitter.com/WE2RHoFZhM

— Kara McDowell pre-order ONE WAY OR ANOTHER (@karajmcdowell) August 7, 2020

Or this miffed schoolgirl...

Who says the job of a teacher is without any dangers ???? pic.twitter.com/hjJk3bIrPi

But even in the midst of these unprecedented times, there are still reasons to dance. Take, for example, this happy dog dancing in the rain who has left viewers smiling:

Which tweet brightened your day? Let us know using the comments section.