A video of a 5-year-old child playing Mozart in front of a large audience in Italy is gaining traction on social media. 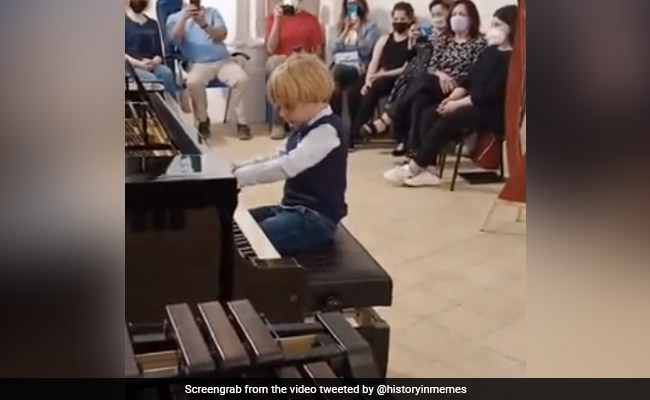 A video of a 5-year-old child playing Mozart in front of a large audience in Italy is gaining traction on social media. This video has been shared by a number of people on Twitter and other social media platforms. They identify the boy as Alberto Cartuccia Cingolani.

Those gathered around are seen enjoying the boy's performance thoroughly while also capturing the moment with their phones.

There are people who never fail to amaze us with their talents but children surprise us the most with their unique talents.

Twitter users have praised the youngster with lovely comments, but some have claimed that the boy's youth was wasted since he couldn't enjoy it while learning to play Mozart so flawlessly.

“A 5-year-old kid to be that accomplished in classical music has lost out on his childhood,” a user commented. "I think I'll break all my fingers now," said another.

“There something unnatural and unsettling about child prodigies. Like an instinctual feeling that these poor souls were given an extraordinary gift at an extraordinary cost,” a comment on Twitter read.

“I hope they let him be a child and let him play as a child. I don't know if anybody else noticed but there was no expression on his face at all during and after at times he looked as if he was bored, I don't know maybe it was just me,” another user commented.

According to local media reports, the parents of this child are professional musicians. His mother said that the boy does take plenty of time for school and play and watches his favourite shows on television and is not compelled to practice for hours.