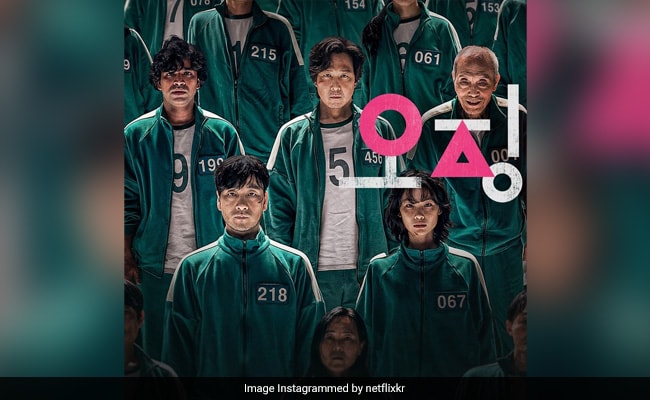 Masked men in red jumpsuits, a bunch of broke hostages, and a set of games you may have played in elementary school — this is the premise of one of the most popular Netflix shows today. Don't forget to add in a lot of blood, gore, and billions in cash and you get Squid Game, the Netflix show taking the world by storm. The South Korean drama follows people competing for money in violent games and has captured the imagination of viewers of all age groups. This has translated into record-breaking viewership numbers, setting Squid Game on the path to being one of Netflix's biggest shows.

Here are five things you probably did not know about the mega-hit Netflix show:

Squid Game show had no takers for 10 years

While it might be difficult to believe this now, Squid Game was not everyone's cup of tea for several years. For over a decade, local studios rejected the script by creator Hwang Dong-hyuk terming it too violent. As per Wall Street Journal, the show was termed “unrealistic” and “too grotesque”. It was only in 2019, that Netflix greenlit the project but in a series format. It was originally called “Round Six.”

It was meant to be a movie

Squid Game's creator Hwang Dong-hyuk originally envisioned the show as a film when he started work on it in 2008. Given the creator's repertoire of successful films such as Silenced, The Fortress and Miss Granny, this comes as no surprise. However, once it took the shape of a series, several characters such as police detective Jun-ho and other details were added.

Before you think the director was injured trying out one of the show's bizarre games, we have to break it to you that Hwang Dong-hyuk lost six of his teeth due to the stress of shooting the series. Speaking to CNN, Hwang Dong-hyuk said, “On my left side, I still don't have two molars. I need to get implants but haven't had the time."

You can visit the creepy doll from the show

The giant, laser-eyed doll in the first episode “Red Light, Green Light" is not just something you can see on the show. If you want to see this creepy doll that spells doom on all that she looks at (only in the show, of course), you will have to visit Jincheon County, a rural area about three hours north of Seoul. According to a report in Koreaboo, the giant doll stands at the entrance of a horse carriage museum called Macha Land.

The set had clues about the upcoming games

The makers left plenty of Eastern eggs for viewers to guess what was in store for the players next. The Easter egg was spotted by a TikTok user before it went viral. The user noted that the dorm walls where the players wake up features drawings on them. If you look closely, you will see that these drawings serve as clues to understand what games are awaiting the hostages.

With growing social media chatter about the show, loyal fans are now hoping for a second season.