11-Foot Python Devours Deer Heavier Than Itself. Pics Not For The Weak 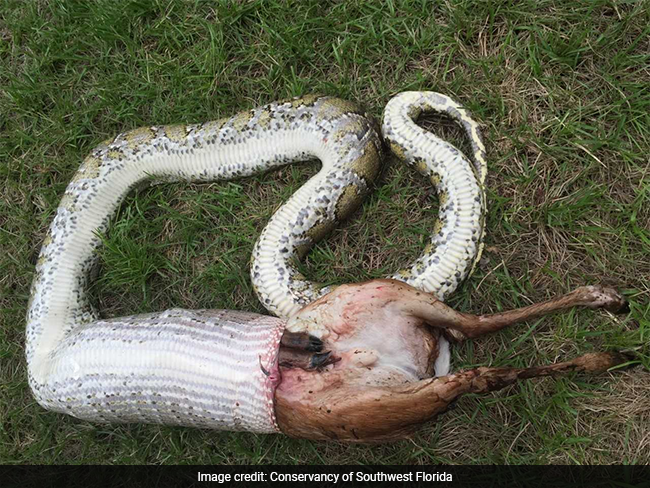 When the snake was moved to an open area, it regurgitated the fawn.

It seems a snake at the Collier-Seminole State Park in Florida didn't get the memo on not biting off more than one can chew. Graphic photos, definitely not meant for the fainthearted, show a Burmese python that devoured a white-tailed deer fawn that outweighed it. Documented by wildlife biologists at the Conservancy of Southwest Florida Science Department, the pictures possibly show what may be the largest predator to prey ratio for any species of python.

Wildlife biologists from the Conservancy and land managers from the state park chanced upon the snake, an 11-foot female Burmese python, on April 7, 2015 while conducting research. They recently released pictures while the documentation of the incident will be featured in the upcoming issue of Herpetological Review, a quarterly that publishes studies of amphibians and reptiles. 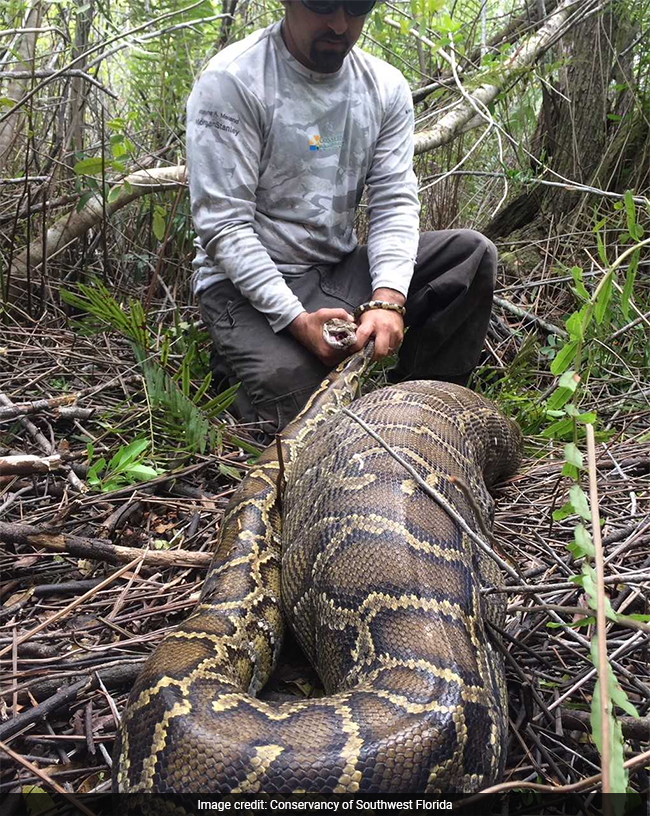 According to the press statement, the python was found after having swallowed what seemed like a large prey. Once the reptile was moved to an open area, it regurgitated the meal. The team weighed both the animals (the snake was eventually euthanized) - while the python weighed 14.29 kgs, the fawn weighed 15.88 kgs making the predator: prey ratio 1 : 1.11. 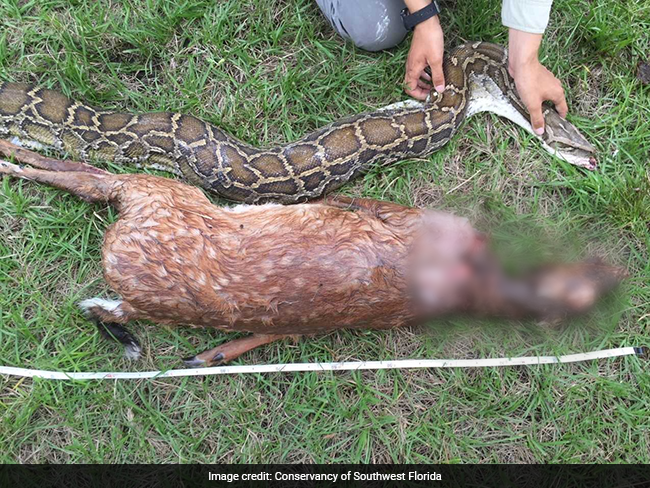 The research also finds that the Burmese python, that has been documented eating deer in the past, could be responsible for threatening the deer population in Florida. "Our research and removal efforts are driven by what the science shows us," Conservancy of Southwest Florida President and CEO Rob Moher said. "We are learning valuable information that is helping us push back against this invasive species that is significantly and negatively impacting our native wildlife."
Click for more trending news