10 Photos From 2014 That Almost Broke the Internet 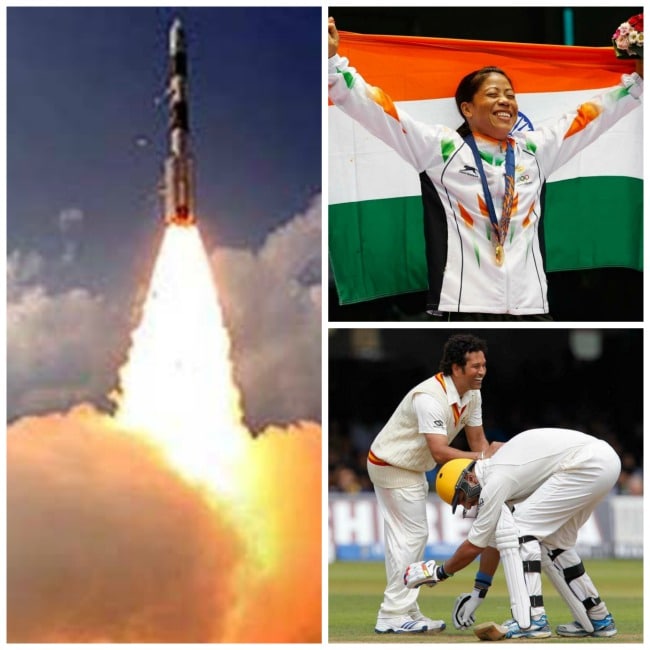 The year of 2014 has been one of change. It's been a magical year for sports and entertainment, and a year of things that went 'viral'.

Presenting the top 10 of the year's most discussed, shared, and 'liked' pictures:

1. Let's begin with the picture of India's Mission to Mars that made the world stop and take note of the magnificent work being done by the scientists at ISRO. MOM was successful, just like all moms are, and the world bowed its head in respect.#MOMRules


2. Narendra Modi became Prime Minister of India and the world was watching when he was sworn in.


3. Any 2014 list with no mention of Asian Games 2014, is no list at all and here's another look at the heroes of our nation who brought gold, glory and a lot of smiles back to India.#Respect


4. It was an especially good year for the entertainment industry, beginning with this epic selfie with a star-cast that any movie producer would kill to have. #OscarSelfie


5. Salman Khan and Shah Rukh Khan set aside their differences and came together to celebrate Salman's sister Arpita's nuptials. The picture of the three of them probably caused Twitter/Facebook programmers some sleepless nights. So. Many. Shares.


7. The ALS Ice Bucket Challenge was in the news for the better part of the year. A peek at the who's who, dunking themselves with freezing water.#IceBucket


8. This picture of US President Barack Obama in the Oval Office had many in tears because they just could not stop laughing. Most bored toddler ever. #NotCoolObama

Promoted
Listen to the latest songs, only on JioSaavn.com
Source