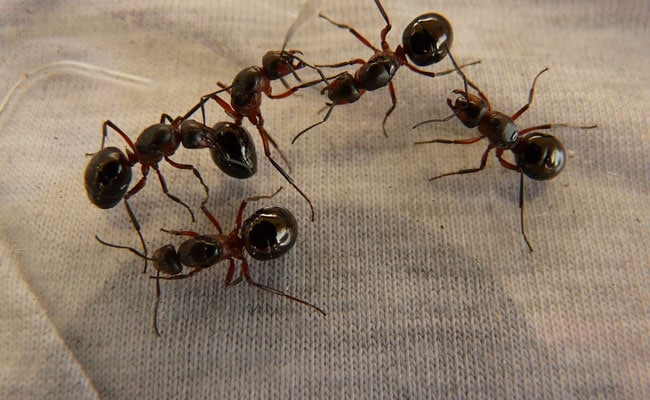 Central Chinese customs have said they recently seized over 1,000 live ants from a parcel from Britain, the latest of such seizures fuelled by the rising fashion for exotic pets in China.

They included 37 black-and-red queen ants, with a body length of about 1.4 cm, and a large number of worker ants and eggs.

They were identified as harvester ants, which are gaining popularity among China's pet lovers as they have a beautiful appearance, fast reproduction and are easy-to-raise.

Live insects are banned from entering China via mail, and officials said the illegal mailing of the non-native ant species could pose a threat to the country's eco-system.

Changsha customs said they would destroy the ant parcels according to law.

China's booming e-commerce is contributing to the fad for exotic pets including snakes, insects and lizards, which has been blamed for fueling the smuggling of foreign and sometimes endangered species.