Nothing Political, Says Namo Foods Amid Row Over Election Meals In Noida

Though many people on Twitter said the food packets carried the initials of Prime Minister Narendra Modi, several others said that Namo Foods had nothing to do with the PM or the BJP. 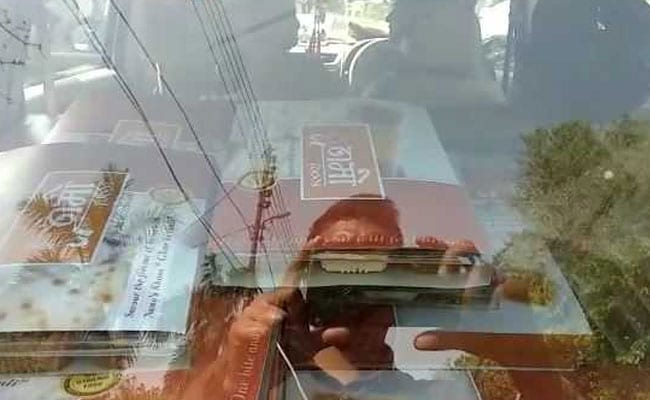 For policemen posted outside a polling station in Noida, neighbouring Delhi, the wait on Election Day just got longer. Food packets that had come for police officials posted at Sector 15A drove in and then straight out at the sight of journalists.

The reason? The food packets, which had "Namo Foods" emblazoned on top in Hindi, had started generating a buzz among curious onlookers. Several people noted that NaMo are the widely-recognised initials of Prime Minister Narendra Modi that have previously been seen on everything from BJP merchandise to a controversial TV channel exclusively promoting him.

After Namo Chai
NAMO Cap
NAMO Merchandise
Namo TV
It is time for Namo food packete
That too in polling team's car pic.twitter.com/f6peG72xER

Election rules in India prohibit the presence of any paraphernalia related to parties or candidates within 200 metres of polling booths on Election Day.

However, speaking to NDTV, the manager of Namo Foods said that the food packets did not have a political flavour. "750 thaalis were ordered by Noida Police. Namo comes from the Sanskrit term. There is nothing political about it. We have several shops across Noida," Sunil Anand said.

A number of Twitter users also said that Namo Foods had nothing to do with PM Modi or the BJP.

This is the name of a eatery in Sector-2 Noida, In front of SBI. Since last few years even before any of this Namo thing started

Noida, which falls under Uttar Pradesh's Gautam Buddha Nagar constituency, is voting as part of the first phase of the Lok Sabha elections today.

Union Minister Mahesh Sharma of the BJP faces a young Arvind Kumar Singh of the Congress who hopes to win back a seat that his party lost in the 1980s and the BSP's Satveer Nagar, a rural favourite and face of the united opposition "Grand Alliance".