Cops have been alert ever since a rise in cases of vehicle thefts in Noida has been reported, officials said. 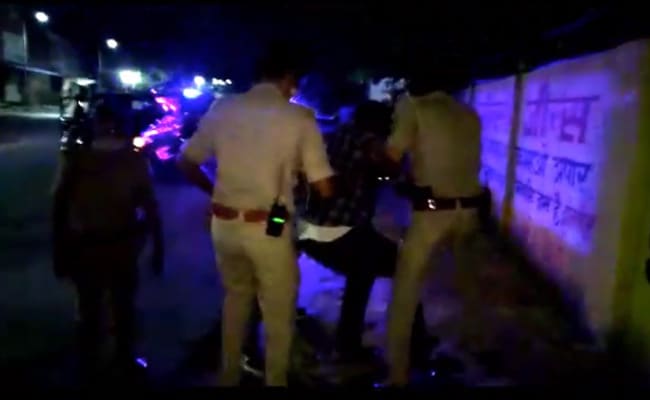 Three accused have been arrested in Noida.

Three men, who have been accused of stealing dozens of vehicles, were arrested in Noida near Delhi after a late-night dramatic chase, police said today. Two of them were injured when policemen opened gunfire as they were trying to escape.

Cops have been alert ever since a rise in cases of vehicle thefts in Noida has been reported, officials said.

"Last night, cops were conducting checks near a police station in Sector-24 when they tried to stop a car," police officer Rannvijay Singh told reporters.

The accused tried to escape, which led to a dramatic chase. The team of cops was right behind the speeding car.

All three men then got down and started running. Cops opened gunfire and two of the three men were injured. The third man managed to evade arrest at that time.

Visuals showed the injured men lying on road after the exchange of fire.

"The accused tried to escape, which led to the gunfire. Two people were caught right away and they are from Meerut. They have stolen dozens of vehicles," Mr Singh said.

Zahid and Rashid, who were injured, were taken to a hospital after the gunfire. Firoz, the third accused, was later arrested during combing operations.

Dozens of cases are filed against the three accused in the near capital region (NCR), police said.

Two vehicles - a car without a number plate and a Tata S - and two pistols, apart from a live cartridge,  have been recovered from them. Further probe is on.