A case was registered against Ramesh Bansal, director of private firm 'Daata Infrastructure', and others accused in the case for fraud: Police 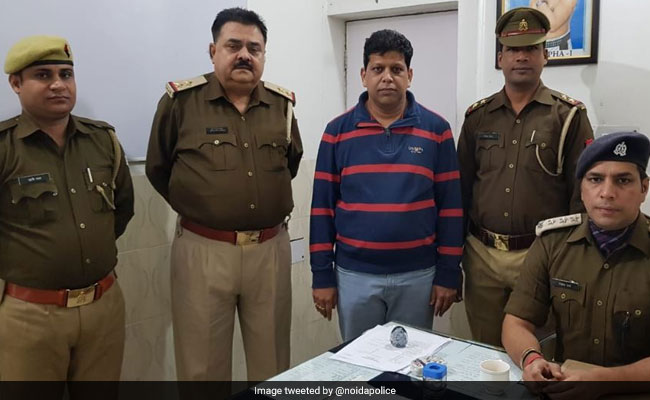 Ramesh Bansal was produced in court on Thursday and has been in judicial custody for 10 days: Police

A director of a builder's firm has been arrested for his alleged involvement in a land fraud estimated worth Rs 126 crore linked to the Yamuna Expressway Industrial Development Authority (YEIDA), police said on Thursday.

The accused, Ramesh Bansal, was arrested on Wednesday following a probe into the case, in which a former CEO of the Yamuna Expressway Authority, PC Gupta, was also held in June this year from Datia, Madhya Pradesh, they said.

A case was registered against Ramesh Bansal, director of private firm 'Daata Infrastructure', and others accused in the case for fraud and corruption at the Kasna police station on a complaint by a YEIDA official, Circle Officer, Greater Noida, Nishank Sharma said.

He said, accused YEIDA officials in tie-up with some private firms had purchased some "useless" land in 2014 from seven villages of Mathura in lieu of compensation to their owners by the Authority.

"But the compensation amount was much higher than what was defined by the Authority for such purchases. Also in doing so, the accused not only caused loss to the YEIDA but also made personal gains fraudulently," Mr Sharma said.

Ramesh Bansal was produced in court on Thursday and has been remanded in judicial custody for 10 days, he said.

Besides the then YEIDA CEO Gupta, 20 others were accused in the case that transpired during 2013-2014, just a year since his appointment to the post.