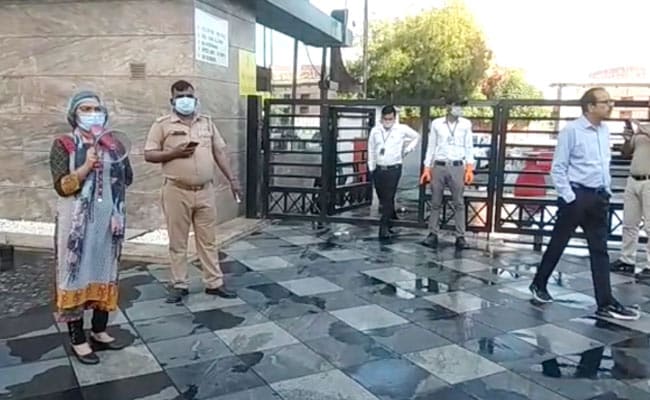 COVID-19: Noida and Greater Noida near Delhi are a part of UP's Gautam Buddha Nagar district.

The top medical officer of Gautam Buddha Nagar district - one of the worst affected in Uttar Pradesh due to the coronavirus outbreak - has been changed for the second time in nearly two weeks. The twin cities of Noida-Greater Noida near Delhi are a part of this district.

Deepak Ohri, the principal of Agra's Regional Family Planning Training Centre, has taken charge as the additional chief medical officer of Gautam Buddha Nagar after Dr AP Chaturvedi was removed from the post of chief medical officer, an official notification said on Saturday. He has been asked to take the charge with immediate effect and he will continue to hold his current post.

The development comes nearly two weeks after Dr AP Chaturvedi replaced Anurag Bhargava as the chief medical officer of the district, which has reported at least 95 coronavirus patients so far.

Dr AP Chaturvedi was removed from his post after failing to break the chain of transmission across the district, including in Noida, sources said. His removal is also linked to the death of a 32-year-old man, who was under observation for coronavirus in Greater Noida. The man had allegedly jumped to death from the building of the private college. He had died on April 12 and later his COVID-19 test result turned out to be negative, news agency PTI reported.

Uttar Pradesh, one of the most populous states in the country, has so far reported 969 coronavirus cases, including 14 deaths. Across India, more than 15,000 cases have been reported, more than 500 have died.

"Noida COVID-19 Sensitive, Social Distancing Must Be Practised": UP Minister