Greater Noida Engineer, 26, Quit His Job With An MNC, To Revive Ponds

Creating awareness about water conservation became Ramveer Tanwar's focus after watching wastage since childhood in the area he lived. 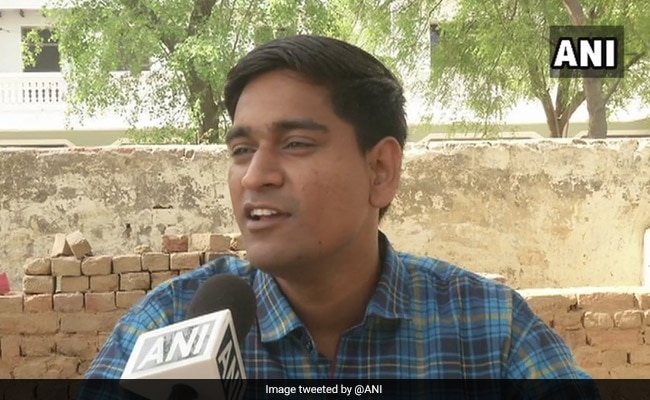 Ramveer Tanwar, a mechanical engineer, is on a mission to create water awareness

Ramveer Tanwar, 26, quit his job with a multinational company to revive small ponds. He has saved ten ponds in the past five years. The mechanical engineer is creating water awareness in villages to fight the problem of water scarcity.

Creating awareness about conservation became Mr Tanwar's focus after watching water wastage since childhood in the area he lived.

"I completed my B.Tech in 2014 and did my M.Tech in 2016. During student days, I started creating awareness regarding sustainable use of water. In big cities, people have to pay about 20 rupees for a liter of drinking water but in the village people were wasting hundreds of liters of water just because they were getting it for free. I was shocked to calculate the cost of water being wasted so I started sanitising villages by making door to door campaign," Mr Tanwar said.

Greater Noida: R Tanwar, a 26-year-old mechanical engineer is creating artificial ponds in nearby villages to solve the problem of water scarcity. He says, "I had read a book by Anupam Mishra in which he wrote extensively on artificial ponds, I was inspired by it." (9/4/19) pic.twitter.com/pxvP2SfAJ3

He started organising Jal-chaupals or public meetings to create water awareness. As the word spread, villagers from surrounding areas attended Mr Tanwar's meetings. On hearing about his efforts, the district authorities further encouraged him to pursue his initiative on a larger scale and that led to revival of ponds.

Mr Tanwar first cleans the ponds by simple and cost-effective ways and then encourages local farmers to take up pisciculture.

"I had read a book by Anupam Mishra in which he wrote extensively on artificial ponds, I was inspired by it. After reading the book I realised the greater purpose of these ponds and why our elders constructed it. This is a heritage which needs to be respected instead of making it a dumping ground," said Mr Tanwar.

After holding regular meetings, Mr Tanwar has also been able to convince village heads, who can encourage locals to participate in water conservation.

"After we started reviving ponds, we involved local villagers so that they get emotionally connected with it. Hence they also take care of it and in turn fight pollution," he added.

Mr Tanwar is now raising funds to expand his initiative so that he can involve more villages and work at a larger scale.