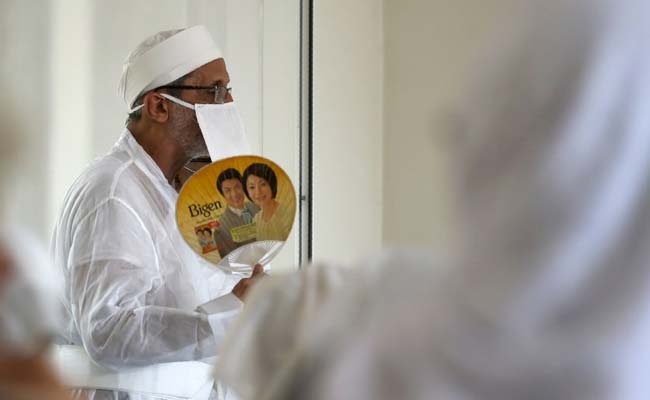 A Parsi priest conducts a funeral service at a Parsi prayer hall in Mumbai. (AFP Photo)

Mumbai: Kaikobad Rustomfram always thought that when he died vultures would feast on his body, as is Zoroastrian tradition. But then the scavenging birds disappeared from India's skies.

The 90-year-old was cremated last month instead of receiving a sky burial, one of a growing number of Parsis opting to use a new prayer hall in Mumbai that is changing the ancient community's funeral customs.

Rustomfram's wife, Khorshed, who died in January aged 82, also chose cremation at the ten-month-old facility, which conservative Zoroastrians oppose, in the centre of Mumbai.

"They wanted to be cremated ever since they learnt that the traditional way of disposing of the dead wasn't working because there were no vultures," their daughter, Hutokshi Rustomfram, told AFP.

Zoroastrians believe in the god Ahura Mazda and follow the teachings of the ancient Prophet Zoroaster. They worship in 'fire temples', believing fire to be a symbol of god's purity.

Known as Parsis, Zoroastrians first arrived in India more than 1,000 years ago after fleeing persecution in Persia.

They became one of India's wealthiest communities, boasting a number of famed industrialists including the Tata family synonymous with the financial rise of Mumbai.

For centuries the community, which is dwindling at such a rapid rate that its future existence is now under threat, have laid their dead out at the city's Towers of Silence. A Parsi mourner arrives for a funeral service at a prayer hall in Mumbai. (AFP Photo)

Ravenous vultures would devour the flesh of the body within an hour, leaving the bones to dry in the sun before being placed in a well, an efficient disposal system believed to purify the deceased.

But India's vulture population began to drastically decline in the early 1990s and was virtually wiped out by the mid-nineties owing to Diclofenac, an anti-inflammatory drug used to treat cattle.

Birds which gorged on dead animals that had recently been administered the medicine died of kidney failure, resulting in the disappearance of around 99 percent of India's total vulture population.

India banned the veterinary painkiller in 2006 but the damage to Zoroastrian sky burials had already been done, with claims that bodies were piling up at the tower in Mumbai's plush Malabar Hill district.

"Kites and crows just pecked at the bodies. Those birds did nothing at all," Dinshaw Tamboly, a former trustee of Mumbai's leading Parsi organisation the Bombay Parsi Punchayet, told AFP.

"They would lie rotting in the heat for six to eight months. The pallbearers were complaining about the stench," added the 71-year-old.

Across India, where most Zoroastrians live, their numbers have halved since 1940 to around 60,000. 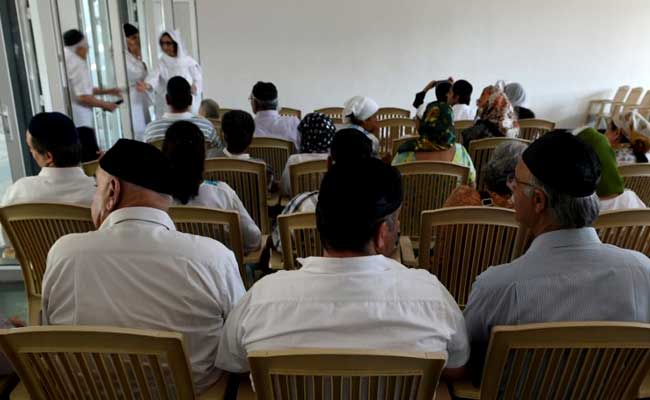 With numbers dwindling, the community is split over how best to preserve their religion and culture, including the most appropriate way to dispose off the dead.

Tamboly was one of several reformists to advocate that Parsi priests should be allowed to officiate at cremations.

After several years, space at an existing crematorium was granted by Mumbai's civic local authority and a large private donation was received, allowing the hall to open in September last year.

Tamboly says the number of cremations at the centre, situated in Worli, are "steadily increasing" from four in the first month to an average of between eight and ten currently.

At Kaikobad Rustomfram's funeral service two Parsi priests, clad entirely in white chant prayers from the sacred Zoroastrian text Avesta for an hour as around 80 mourners look on in the spotless hall.

"My father got a great sense of satisfaction that the prayers were performed in a suitably dignified and reverential manner here for my mother," Rustomfram, 59, explained.

"It's not a nice thought to think that your loved one's body is lying there like that in a heap. My parents felt they should adapt to the times," she added.

The strength of feeling runs equally deep amongst traditionalists.

Khojeste Mistree, an orthodox scholar, insists the sky burials still "work effectively, although slightly slower" without the vultures, and denies that there's a stench emanating from the Towers of Silence.

He also points out that a "massive majority" still favour traditional decomposition. The numbers being cremated are rising significantly but it's still a fraction of the small but influential community.

Jehangir Patel, editor of community magazine "Parsiana", told AFP that cremations now accounted for around 15 percent of funerals in Mumbai's community of an estimated 45,000 Parsis -- up from 6 percent before the prayer hall opened.

Mistree says that leaving corpses open to the skies is the only option because Zoroastrians believe dead bodies to be impure.

"Zoroastrians are extremely eco-conscious so the body cannot be burnt because that's desecrating fire," he told AFP.

"Those who want to take the cremation route can certainly do it. But from a religious point of view clearly it's wrong," Mistree added.

For reformists such as 71-year-old Naval Surty and his wife, who have already told their two children that they wish to be cremated, they are merely being practical.

"If the vultures were still here then things would be different, but now this is the best way to let the body pass," he told AFP.

Foreign Currency Worth Crores Seized From 3 Indians At Mumbai Airport