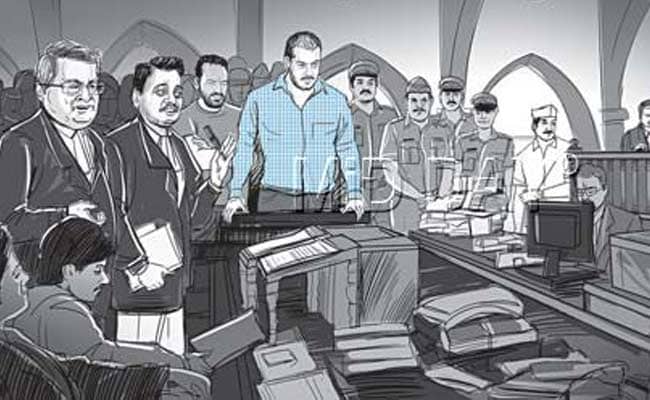 Court number 43 was jam packed with people who had come to catch a glimpse of Salman Khan. Justice AR Joshi acquitted the actor of all charges. (Illustrations/Uday Mohite)

Mumbai: "Salman nikal jayega" (Salman will walk free) was what was heard most commonly across the past four days in and around court number 43 at the Bombay High Court. And when the judge indeed acquitted the actor of all charges, all hell broke loose. In the house of law, no one followed the law.

Hordes of advocates and court staff stormed into the courtroom for a glimpse of the Bollywood star - they climbed through windows, vaulted over the 4-foot wooden barrier separating them from the inner sanctum where the judge, the actor and the case lawyers were seated. 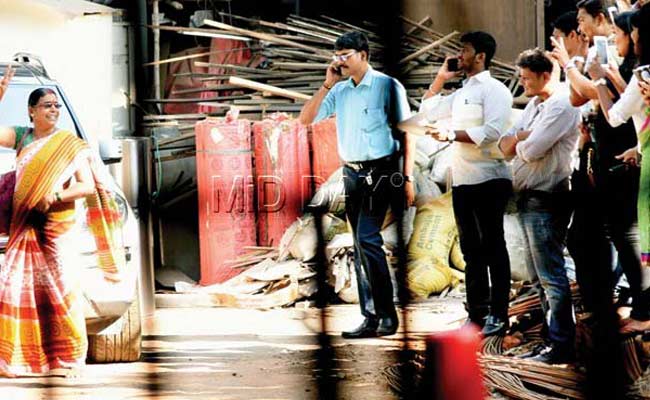 Seemingly inspired by Salman Khan's song on selfies in a recent movie, this sari-clad 'bhai' fan was spotted outside the High Court yesterday, flashing a victory sign in front of the actor's car while getting a photo clicked. (Pic/Sameer Markande)

Some were so fixated in their wish to get closer to Salman, they pushed the judge's chair away. Several clicked pictures of him in the courthouse, which is a violation of rules.

Several fans were waiting for a glimpse of Salman as he left the court at 5 pm, surrounded by heavy police bandobast and his family - his sister Arpita Khan, her husband Aayush Sharma, his other sister Alvira Khan Agnihotri - along with his bodyguard Shera and a few friends.

The lawyers spoke among themselves and said Salman would likely be acquitted. Through he first three days, Salman's family members invited media persons to join their lunch party.

On the third day, many became certain that the actor would succeed in his appeal against the conviction and a police staffer said, "Nothing is going our way. Not even a single point was in our favour. The police will be blamed for the verdict. It is very easy to blame cops."

Yesterday, when Salman's bodyguard entered the court premises at noon to make security arrangements, fans realised the star was due to arrive soon. Hundreds elbowed their way into the courtroom, only to be sent out later by the police.

The court was filled with advocates. One of the senior advocates asked the junior advocates to leave the court, but no one paid heed. Salman arrived from Karjat at 1.30 pm and seemed calm and cool. In just a few minutes, Salman became visibly emotional as the judge informed him he was a free man.