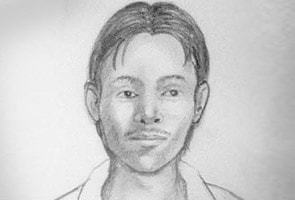 Mumbai: A notorious local criminal has been detained by the Mumbai Police after a Spanish woman, who was raped in her flat early on Monday morning, said he could be her assailant. The woman was raped twice, with a knife to her throat, in her flat in Bandra, one of Mumbai's most expensive suburbs.

Police said the man, who entered the woman's flat at about 3 am, spent 45 minutes there, smoked two cigarettes from the victim's pack, then gathered the butts, wiped the place clean, asked his victim to bathe and walked out with valuables and the woman's underclothes. The police presume he did all this to ensure he left no evidence behind.

When the 27-year-old victim was shown the pictures of some notorious thieves of the area, she reportedly pointed at the photo of the suspect, Anwar Ali Ansari alias Badshaah, and said, "Could be him, but I am not sure," the police claimed. Medical tests have confirmed that the woman was raped. The city police has been rounding up many people as it looks for the culprit. It has also prepared a sketch of the rapist based on the description given by the victim.

The cops believe the rapist is a serial thief who shimmied up the water pipes to the victim's third floor apartment with relative ease. The woman said the man, who she did not recognise, entered her apartment through an open window.

He only had a screwdriver and started ransacking the house. The victim managed to slip out of the house and knocked at a neighbour's door, but got no response. The man, by now armed with a knife from her kitchen, dragged the woman into her flat and raped her twice, holding the knife to her throat.

When he told her to bathe, the woman locked herself into her bathroom and started screaming for help. The man, the police said, stole what he wanted, wiped the house clean, locked the main door from inside and left the apartment the way he had entered it.

The victim's cries for help were heard by neighbours who then called the police. The cops arrived to find the door locked and had to break it open. The Spanish victim, who rented her apartment in June, lives with a room-mate, who is travelling to Kerala. The police initially said the victim is a German citizen, but clarified at night that while her parents live in Germany, she is Spanish.

A forensic team has inspected the crime scene and has collected hair samples which will be tested for DNA matching. The police say the victim's house was the rapist's third stop that night. Around 1 am, the accused entered a bungalow next to the victim's building, but the security guard and owner gave chase. He fled by jumping over a 15-feet compound wall. The police say he returned at around 2 am and robbed a senior citizen on the fourth floor of the building of a mobile phone and Rs 6000 in cash, before heading to the victim's third floor apartment.

The assault on a young woman alone in her flat, and her futile attempts to get a neighbour's help have drawn comparisons to the grisly murder in August of Pallavi, a 25-year-old lawyer, who tried to escape a watchman who entered her home. She was found dead, her bloody handprints on the wall near other flats on the same floor, the tragic remnants of her search for someone who could save her.
Comments
Mumbai rape