Mumbai plane crash: The Shiv Sena said lack of open space in Mumbai makes it difficult for big aircraft to land safely in case of emergency 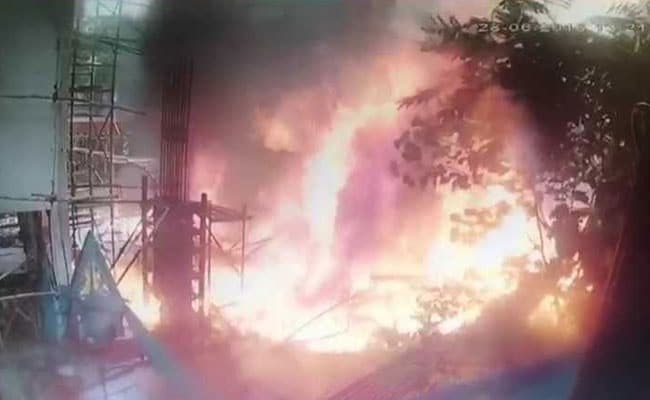 The crash of a twin-turboprop plane in Mumbai's busy Ghatkopar two days ago raises serious questions over aircraft maintenance by private firms and lack of open spaces in the city, the Shiv Sena said today.

The Uddhav Thackeray-led party suggested undertaking a study of space issues and looking into factors like population growth and building by-laws in the city that has India's busiest airport.

Two pilot, two engineers and a pedestrian were killed when a Beechcraft King Air C90 crashed in suburban Mumbai. The 12-seater plane was sold off by the Uttar Pradesh government to a private firm after an accident some years ago.

The Shiv Sena said lack of open space in Mumbai makes it difficult for big aircraft to land safely in case of emergency.

"The plane which crashed was small in size. However, if a big plane needs emergency landing, where is the open space for it? If the pilot does not find open space, in future then can be a bigger mishap," an editorial in the party's mouthpiece Saamana said.

"The Ghatkopar incident should be considered as a warning for an impending danger. Mumbai's geography, rising population, cramped and tall buildings needed to be studied with respect to movement of aircraft and their security," the editorial said.

The paper said the plane crash has highlighted how private plane-care firms operate, as the 12-seater aircraft was over 20 years old and had taken off on its first flight after a gap of several years.

"Mishaps cannot be averted 100 per cent, but remaining alert to prevent such incidents is in our hands. Was UY Aviation cautious enough to take necessary steps to prevent an accident? Deceased pilot Marya Zuber's family has claimed the crew was forced to undertake the test flight despite bad weather," the Shiv Sena editorial said.

"If the claim is true, the company sent all the four crew members in the jaws of death intentionally. Also, lives of hundreds of residents, who stay in cramped localities in Ghatkopar, was put in danger," the party said.

The editorial said it was the same plane-care firm that provided a helicopter that barely averted a crash when Chief Minister Devendra Fadnavis was about to board it in Raigad district last year.