A Central Railway official said it was not the time for a blame game among government agencies after such tragedy. 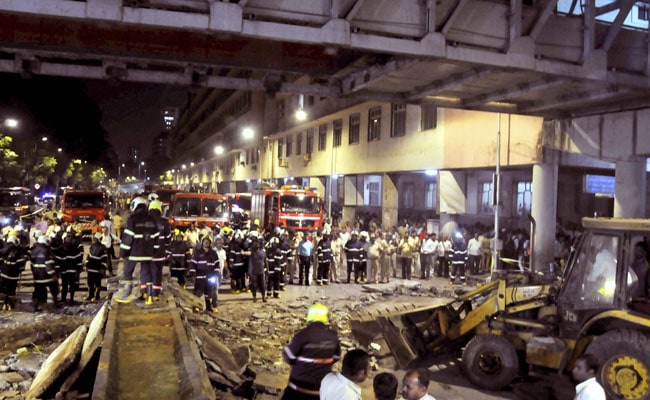 The bridge that collapsed was used by thousands of railway commuters daily to get into CSMT station.

The collapse of the bridge, used by thousands of railway commuters daily to get into CSMT station, had given the CR a steady stream of social media backlash since yesterday evening, despite the railwaymen claiming that the it belonged to the civic body.

"Top BMC officials have admitted that the bridge was under the civic body's jurisdiction and maintenance. CR had not role to play in building it or maintaining it. Therefore, the question of police booking railway officials for negligence in connection with the FOB collapse does not arise," a senior CR official told new agency PTI.

Speaking on the issue, Mumbai's Deputy Commissioner of Police Manjunath Singe, also Mumbai police spokesperson, said, "Firstly, we will verify what responsibility the BMC has and what responsibility Central Railway has (in connection with the collapsed FOB). Based on findings, we will take a call."

The CR official, meanwhile, said it was not the time for a blame game among government agencies, adding that the railways had deployed its resources like medical staff and police personnel for post-collapse relief and rescue work.

He claimed railway officials were ready to prove their innocence in case they were asked to do so by police during their probe.

Earlier in the day, in a meeting chaired by BMC commissioner Ajoy Mehta, it was decided that the civic body's Chief Engineer (Vigilance) would conduct an inquiry into the causes that led the Thursday incident.