Mumbai bridge collapse: The bridge in Sagar Vihar of Navi Mumbai's Vashi is nearly 30 years old and was reportedly not audited for safety. 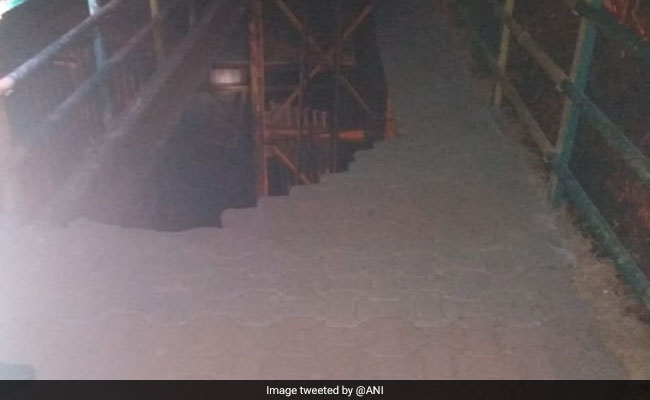 Two people were injured after a part of a foot overbridge collapsed in Navi Mumbai's Vashi this evening. They were rushed to a nearby hospital and are out of danger.

The bridge in Sagar Vihar of Navi Mumbai's Vashi is nearly 30 years old and was reportedly not audited for safety.

This is the fourth such incident to happen in India's financial capital in the last two years. Last month, a foot overbridge collapsed near Mumbai's Chhatrapati Shivaji Maharaj Terminus railway station, leaving seven dead and 33 injured. Five people were injured in July last year after a 40-year-old at the Andheri railway station collapsed amid heavy rain.

The most devastating incident in recent times, however, happened in 2017, after a stampede broke out on a railway bridhe at the Elphinstone station. The stampede happened during peak office hours and 22 people were killed and over 30 seriously injured.

The series of bridge collapses have raised concerns over Mumbai's stressed infrastructure. After the bridge collapse in March, Maharashtra Chief Minister Devendra Fadnavis had said that safety audits were carried out at about 445 foot overbridges.