Mumbai Knife Attack: The Nigerian man identified as John was sitting with a woman on roadside when he suddenly got up and pulled out his knife and attacked pedestrians. 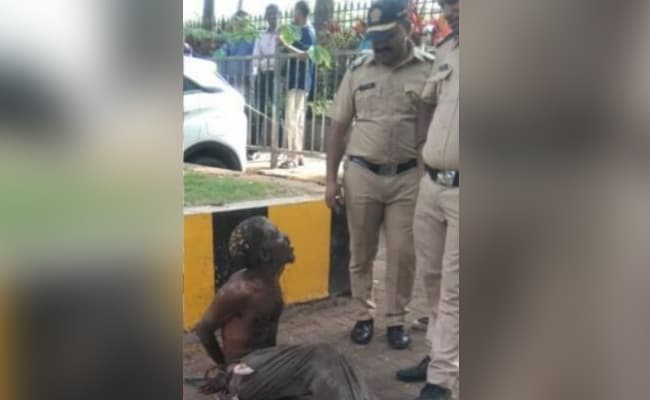 Mumbai knife attack: The reason behind the attack is not known.

At least 8 people were injured after a Nigerian man attacked pedestrians with a knife near south Mumbai's Churchgate area yesterday, the police said.

Additional Commissioner of Police South Mumbai, Dilip Sawant said, the incident took place at Tata Garden near Parsi Well, when the 50-year-old Nigerian man identified as John was sitting with a woman, suddenly got up and pulled out his knife and started attacking passersby.

At least seven to eight people were injured in the incident and one person is reportedly critical, the police added. After receiving the information, the police reached the spot and arrested the man and seized the knife.

A video that has surfaced across platforms show blood stains on the road where the incident took place. The injured were taken to a government hospital for treatment.

The reason behind the attack is not known and an investigation is underway.

Convict In Mumbai Rape And Murder Case Sentenced To Death