Now, A Union Of Tax Payers Who Refuse To Pay Tax! 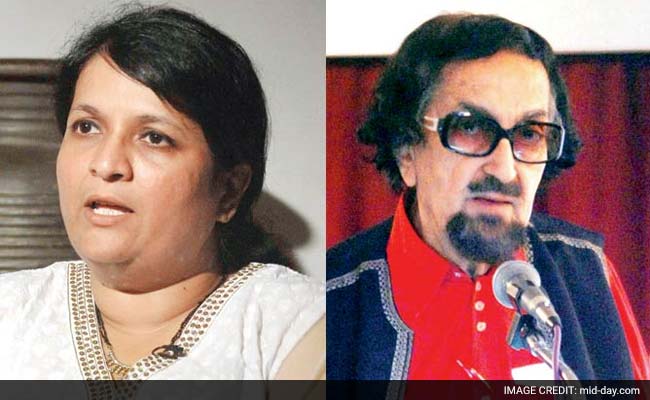 Mumbai: A politician and a theatre personality have come together for a unique protest. In a bid to make the government accountable, Anjali Damania and Alyque Padamsee have decided to form a union of tax payers who refuse to pay tax henceforth. Damania has already announced that she won't be paying taxes till former deputy chief minister Ajit Pawar, former PWD minister Chhagan Bhujbal, and former water resources minister Sunil Tatkare are arrested. The first meeting to take the idea forward is scheduled to take place today.

Padamsee learnt about Damania's decision of not paying tax through a common friend, Sagar Bekal. Padamsee claimed that such an idea had been on his mind for a few years, but he could not do so because of his busy schedule. However, after speaking to Damania over the telephone, Padamsee said he will decide how to take it forward.

Damania said, "I won't be paying taxes till the time the three leaders, Bhujbal, Tatkare and Pawar are arrested. The BJP had said that they will take stern action against the corrupt, but that has not happened yet. I had this idea and then Alyque called, and we have decided to meet on Tuesday to have a word on the same. Our aim is to make the government accountable for its actions."

Bekal said whatever decision they take will be within the legal ambit provided by the country's Constitution, and there will be nothing illegal.

Padamsee claimed that he always does everything legal and correct. He said, "I checked with lawyers. We are a group of like-minded people, and the tax paying population of this country, and they said, anyone who works together could form a union. And by law, a union is allowed to strike. We will strike by not paying tax. We plan to assemble a million people with a fee of Re 1 each, but all this is at the planning stage. We are talking with senior lawyers and will have them on board. Our main aim will be to make the government accountable. If there are any recommendations, people can contact me."

However, it is not yet specified which tax the Tax Payers' Union will not pay, as there are various taxes in India, and most of them are indirect tax, which one pays in form of service, or while buying products. The other important taxes which concern an individual directly, include income tax and professional tax.

Vimal Punamia, a renowned chartered accountant, said that the people can form an association, but a union with the sole aim of not paying taxes will not come into existence as the tax department won't allow it.

Punamia said, "When a union or association is registered, they have to list their objectives. The Income Tax Department won't allow a union with the objective of not paying taxes. They can have an association, but if someone is willfully defaulting by not paying taxes, they can be penalised and, in certain cases, put behind bars too."

Maharashtra Minister Being Questioned In Case Linked To Mumbai Underworld