Man Who Saved Tricolour From Fire Felicitated By Uddhav Thackeray

The man ran without caring for his life and hurriedly climbed nine floors to save the tricolour from catching fire. 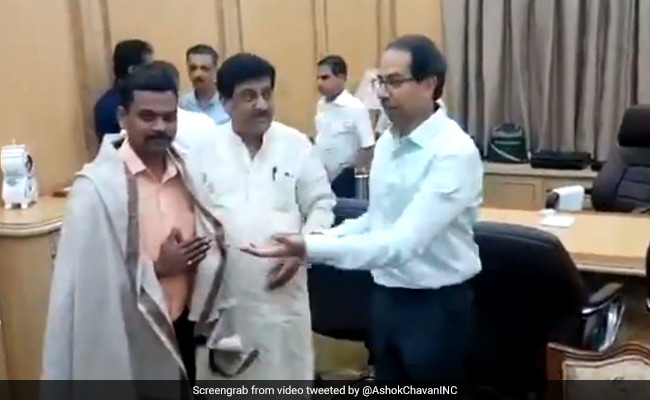 An employee of the GST Bhavan showed immense courage and patriotism when he climbed nine floors of the fire-hit building on Monday to save the national tricolour from being burnt.

Mr Jadhav was on the ground floor of the GST Bhavan in South Mumbai when rescue operations were on in the multi- storey building hit by a massive fire on Monday afternoon.

When he realised the national flag was still on the building, he ran without caring for his life and hurriedly climbed nine floors to save the tricolour from catching fire.

PWD Minister Ashok Chavan had put out a tweet praising Mr Jadhav after he read about his brave act.

Mr Jadhav was called to a guest house in south Mumbai and felicitated by Uddhav Thackeray after the cabinet meeting.

The fire had started on the ninth floor of the 10-storey government-owned building. Thereafter, all employees were safely evacuated from the building and there were no casualties in the incident.

Class 8 Student Beaten Up By Teacher, Suffers Fracture In Mumbai