A Bandra police official said that 15 people had been rescued from the boat which belonged to a company called ART. 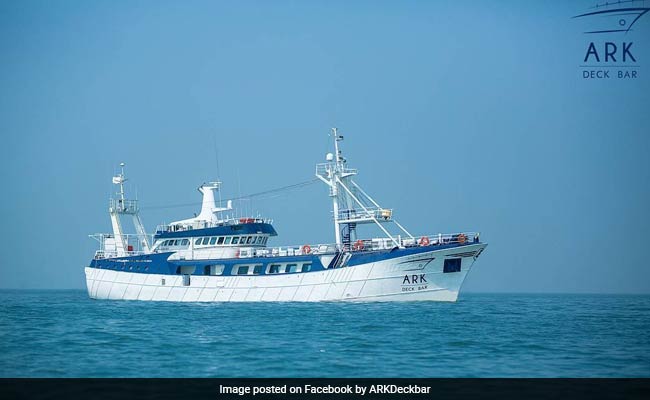 The 'Ark Deck Bar' is a luxurious offshore dining and party attraction.

Mumbai: Fifteen people were rescued after a yacht converted into a floating restaurant today capsized in the Arabian Sea near the Bandra Worli Sea Link in Mahim, a senior disaster management control room official said.

He said that the Fire Brigade received a call at around 6:20pm, from a person who was passing on the Bandra Worli Sea Link, about the boat facing turbulence.

The message was passed on to the Bandra police which, along with the coastal police, rescued 15 people.

A Bandra police official said that 15 people had been rescued from the boat which belonged to a company called ART.

A Coast Guard official said that the force had not received any SOS about the incident.

Vivekanand Gupta, general secretary of Mumbai unit of the BJP alleged that the floating restaurant was a fishing trawler illegally converted into a party vessel.

"It (floating hotel) was a fishing trawler illegally converted into party yacht Avior operated by Ocean Blue at Gateway of India. It later shifted to Bandra Worli sealink after it was renamed as Ark Deck Bar," Mr Gupta said.

He demanded that police arrest those operating the floating hotel.

Promoted
Listen to the latest songs, only on JioSaavn.com
Some people took to Twitter to raise concerns about the safety of such floating hotels.

"It's amazing how things work here. Are the permissions for these leisure rides given w/o safety certificates. Another close call. @nitin_gadkari," tweeted one person.