Mumbai rain: Heavy rain has been reported at Borivali, Kandivali and Malad in the financial capital. The rain intensified in the early morning hours today 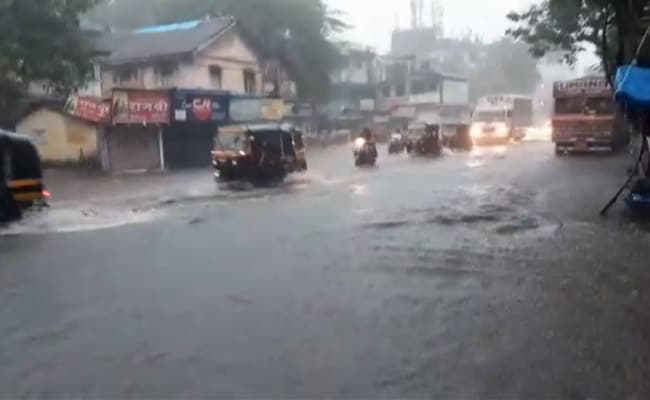 Streets have been flooded in parts of Mumbai this morning after heavy rain through the night due to cyclonic storm Maha, which later dissipated as a "depression". Rail and road traffic and airport operations are not affected, officials said.

The cyclonic storm Maha that formed over north-east Arabian Sea moved towards the east and north-east with wind speeds up to 12 kmph.

Heavy rain has been reported at Borivali, Kandivali and Malad in the financial capital. The rain intensified in the early morning hours today.

Fishermen have been asked not to go out to the sea along the north Maharashtra coast.

The cyclone Maha fizzled out into the Arabian Sea as a "depression" without making a landfall in Gujarat, the India Meteorological Department (IMD) said on Thursday, according to news agency Press Trust of India.

"Maha is no longer a cyclone. It has become a depression into the sea without hitting the Gujarat coast. Rain may occur in most districts during the next two days," the Ahmedabad IMD director Jayanta Sarkar said.

The wind speed in the sea may reach up to 50 km per hour, the IMD said.