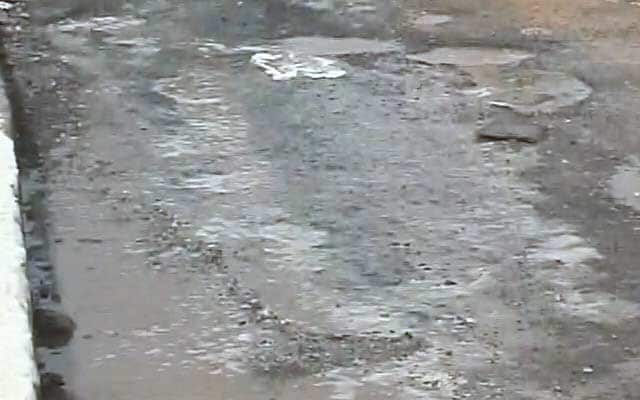 Monsoons are the tough time for Mumbai commuters due to potholed roads. (File photo)

Mumbai: The Congress will organise a 'potholes exhibition' in Mumbai, as it intends to bring to the fore the "deceit" and "corruption" in awarding road contracts by Municipal Corporation of Greater Mumbai (MCGM) officials.

Congress legislator Nitesh Rane said he has written a letter to Chief Minister Devendra Fadnavis, Shiv Sena president Uddhav Thackeray and his son Aditya, Mumbai guardian minister Subhash Desai, along with MCGM chief, corporators and other senior officials of the civic body, inviting them for the event to be held on July 12.

"What is the (use of) MCGM spending hundreds of crore on road works if they cannot solve the problem of potholes in the city? The MCGM had recently claimed that Mumbai has only 66 potholes. Thus the idea to bust their claim," Mr Rane told reporters.

"In a day of our inspection, we found there were more than 450 potholes. So to open the eyes of Mumbaikars and expose the deceit and corruption of people (officials), we have organised a potholes exhibition, where we will display pictures bearing the name of the area they are situated in, plus the corporator representing the area," he added.

On the ongoing spar between BJP and Shiv Sena, Mr Rane, son of former Maharashtra Chief Minister Narayan Rane, said while they keep blaming each other for irregularities, it was found that roads were "highly undeveloped" in areas represented by their corporators.

"There is severe corruption here. Before the MCGM goes to polls next year, citizens need to be told the truth, which is beyond big promises," he said.