Commuters Fall Into Gutter As Slab Outside Vasai Station Caves In 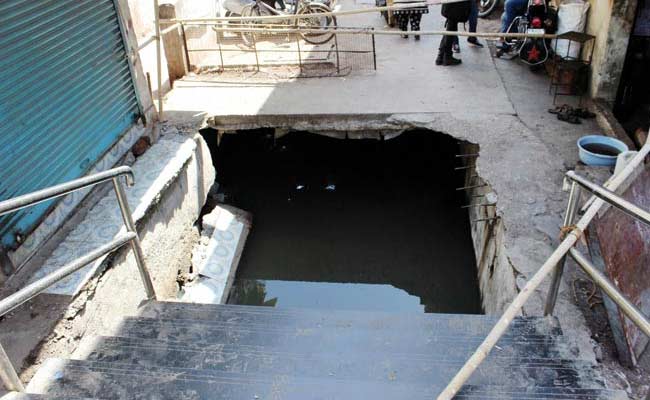 The commuters were standing on the ramp as crowds waiting for the delayed trains had swelled.

Mumbai: As if waiting for the local train during peak hours wasn't bad enough, a bunch of commuters at Vasai fell into a drain while doing so. Yesterday, the coach that derailed at Lower Parel ended up affecting thousands of commuters on the other end of the city in Vasai, where people were waiting for the trains. The crowd swelled to such an extent that people had to wait on the concourse outside the station premises near platform 1.

Sources said the weight of the crowd was too much for the concrete floor to bear and thus, it collapsed. Soon after, nearly 18-20 people fell into a storm water drain below. The incident took place at around 8.15am and a part of floor collapsed near the steps at platform 1. Before the accident, many commuters were waiting for their train as three trains going towards Churchgate and Virar were cancelled due to the derailment at Lower Parel. 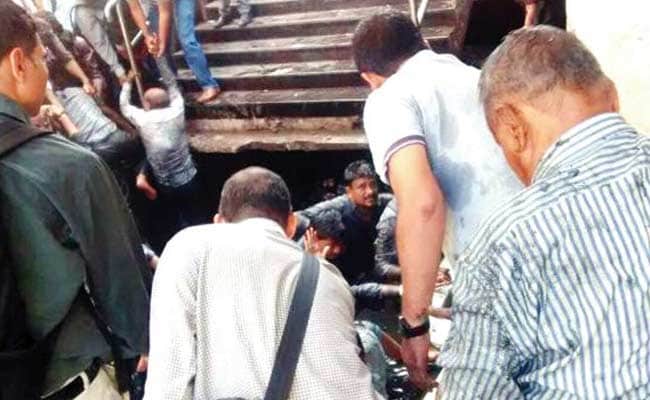 Commuters standing on the side rushed to rescue those who fell in the drain.

"The area is usually crowded during peak hours. 18 people were standing around the collapsed land before the accident," said a local shopkeeper. "The road was built on a storm water line, so when it caved in, all 18 commuters standing near the spot fell inside," explained a commuter who witnessed the incident.

Soon after, people standing on the steps came to the rescue of the ones who fell into the drain. "The fire brigade took around 15 minutes to arrive and rescue all the commuters who fell into the gutter due to the floor collapse," explained another passenger.

Sushant Nair rushed his brother Jignesh who has sustained a fracture in his right leg to the Shree Tungareshwar Hospital. Sushant said, "Jignesh told me that no auto rickshaw was ready to take him immediately after he was injured."

Not meant for walking

"It is a drain built 15 years ago and is not meant for people to walk over. The railways have provided staircase instead, which is wrong and now people are using it. We had a meeting on the same and a temporary arrangement shall be made," said Satish Lokhande, Municipal Commissioner, Vasai-Virar Municipal Corporation.

"The land that collapsed near Vasai station belongs to the local corporation. So, there is no question of it being maintained by us," said Ravinder Bhakar, chief PRO, WR.