A CCTV camera at the railway station in Navi Mumbai's Juhinagar shows the girl getting down from aplatform and walking across the track towards the opposite platform. 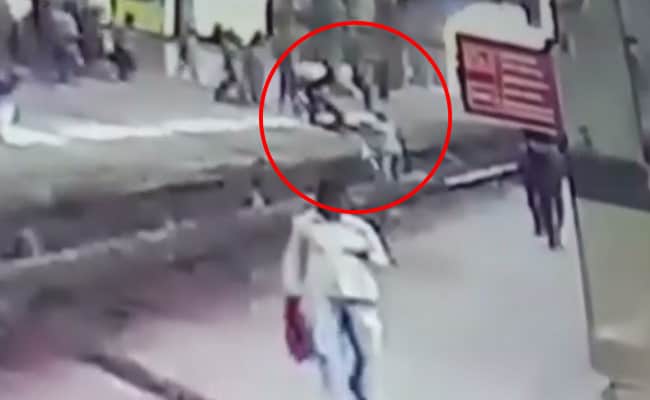 The incident happened in Navi Mumbai's Juhinagar on September 29.

A girl who was trying to cross a railway track at a station near Mumbai had a miraculous escape as she was pulled up by a policeman just in time before a train passed.

A CCTV camera at the railway station in Navi Mumbai's Juhinagar shows the girl getting down from a platform and walking across the track towards the opposite platform.

Within seconds, a train is seen approaching.

The grainy footage shows a policeman who was sitting on a bench on the platform running towards the girl and pulling her back. He is seen helping her climb back. By then, the train had already passed.

The incident happened on September 29.

A few days ago, a 17-year-old girl had a similar escape after she fell off a local train near Mumbai. She was pulled up in time by a fellow traveller by her t-shirt. A cellphone video of the incident went viral within hours.