Amruta Fadnavis said, youth should not take "excessive risks" for taking selfies. She was trolled for clicking selfie on ship deck, ignoring warnings 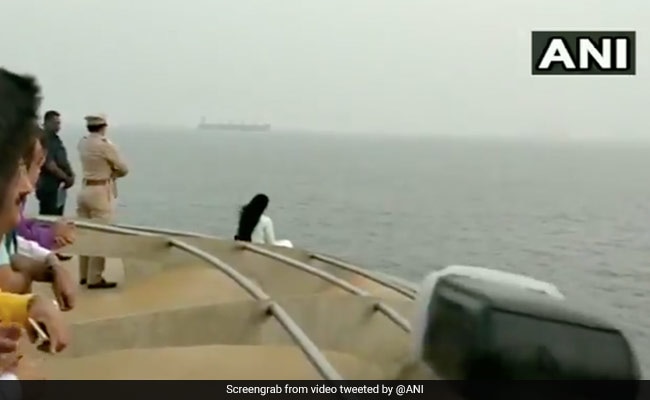 Amruta Fadnavis, the wife of Maharashtra Chief Minister Devendra Fadnavis, apologised on Monday after being shredded on social media over a video in which she is seen taking what appears to be a risky selfie on the edge of a cruise ship.

"If anyone thinks I have made a mistake then I apologise for it...I want to tell the youth that they should not take excessive risk to take selfies," Ms Fadnavis told a Marathi TV channel. But she insisted that the spot where she took selfies was safe.

"The spot where I clicked selfie was not dangerous because there were two more steps below," she said.

Ms Fadnavis faced a barrage of criticism on Twitter after reports said she had ignored police warnings and gone beyond the safe zone on the deck to take a selfie. She was on the luxury liner on Saturday for its inauguration by her husband, along with union minister Nitin Gadkari.

Several tweets questioned what was described as irresponsible behaviour from a Chief Minister's wife.

According to a 2017 report by researchers of Carnegie Mellon University and a Delhi-based institute, India has recorded the highest number of selfie-related deaths between 2014 and 2016. The Mumbai police have banned selfies at 15 sites because of the danger.

Around 60 Evacuated After Fire In Commercial High-Rise At Mumbai