Thousands of trees have been felled in Aarey under heavy security since Friday night, to clear the land for construction of Metro car shed. 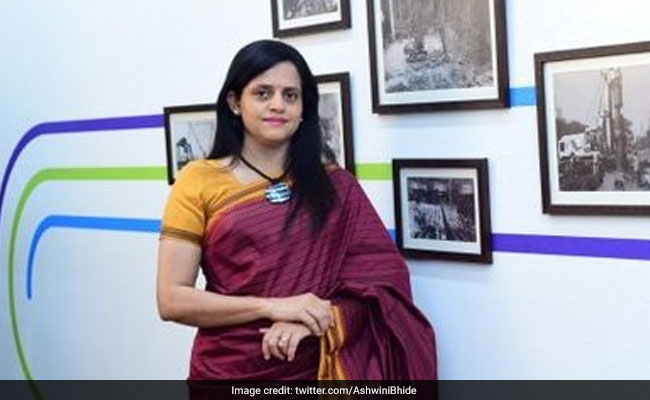 With the protests against cutting trees in Mumbai's Aarey Colony getting support from political parties and celebrities, Mumbai Metro Managing Director Ashwini Bhide, who is facing flak over the issue, today said the move was "inevitable".

Thousands of trees have been razed in Aarey under heavy security since Friday night to clear the land for construction of a metro car shed and offices for Mumbai Metro Line 3.

"Sometimes to construct something new destruction becomes inevitable but it also paves the way for new life and new creation," Ms Bhide tweeted.

As many as 29 people have been arrested and many others have been reportedly detained for trying to prevent the trees from being cut since Friday, when the Bombay High Court declared that the area was not a forest. The activists say cutting trees at Aarey Colony is illegal.

This is Ms Bhide's second comment on Twitter to justify cutting of trees in Aarey. On Saturday, the Mumbai Metro chief had labelled as "false propaganda" concerns that a mandatory 15-day notice period between grant of approval to cut trees and the actual cutting was not met.

The initiative, aimed at creating space for the construction of a Mumbai Metro train shed, is being opposed by environmentalists as well as local residents. Prohibitory orders have been imposed on the area, and until reports last came in, over 1,000 trees had been brought down.

Aarey colony, one of Mumbai's greenest neighbourhoods, is home to five lakh trees and 27 tribal villages. On Friday, the Bombay High Court cancelled four petitions seeking to stop the Mumbai Metro Rail Corporation Limited (MMRCL) from cutting down nearly 3,000 trees in the colony.

The issue has sparked twitter campaigns and online 'petitions' such as #ArreyChipko #SaveAarey. Several Bollywood stars have also echoed concerns about the loss of green cover and urged people to come together and save the planet.

The Shiv Sena, which shares power with the BJP in Maharashtra, has also thrown its weight behind activists, with party chief Uddhav Thackeray promising to take action against those responsible if voted to power. "The upcoming government will be our government, and once we come to power once again, we will deal with the murderers of Aarey forest in the best possible manner," Mr Thackeray tweeted on Saturday, terming it as an "important issue" that he won't hesitate to address.