80% Of Mumbai's Nariman Point, Cuffe Parade Will Be Submerged By 2050: Civic Body Head

Mumbai Climate Change Impact: "80% of areas like Cuffe Parade, Nariman Point and Mantralaya will be under water...Means going to disappear," Mumbai municipal commissioner Iqbal Singh Chahal said. The civic chief also said that it is a matter of just 25-30 years as 2050 is not too far. 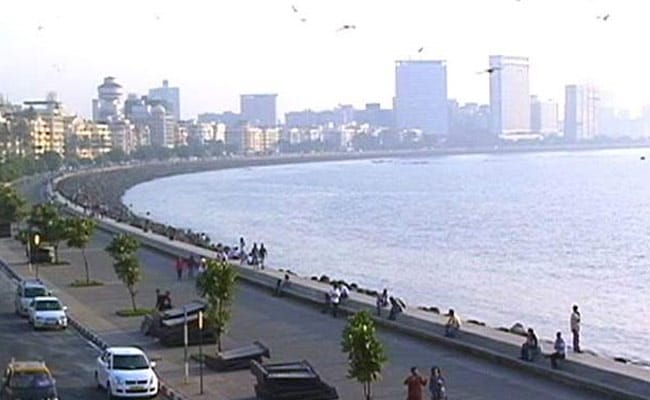 Many areas in Mumbai will be submerged by 2050 as sea levels rise, warned Mumbai civic body chief

Mumbai municipal commissioner Iqbal Singh Chahal said today that by 2050, a major portion of south Mumbai, including the business district of Nariman Point and state secretariat Mantralaya, will go under water due to the rising sea level.

Speaking at the launch of Mumbai Climate Action Plan and its website at the hands of Maharashtra Environment and Tourism Minister Aaditya Thackeray on Friday, Mr Chahal said about 70 per cent of the city's A, B, C and D wards in south Mumbai will be under water due to climate change.

He said that nature has been giving warnings, but if people do not "wake up" then the situation would turn "dangerous".

"Eighty per cent of the areas like Cuffe Parade, Nariman Point and Mantralaya will be under water...Means going to disappear," he said.

"We are getting warnings from nature and if we do not wake up, it will be a dangerous situation for the next 25 years. And it will not only be the next generation but the current generation will also suffer," Mr Chahal warned.

He said that Mumbai is the first city in South Asia that is preparing its climate action plan and acting on it.

"Earlier, we used to hear about climate change events like melting glaciers, but not directly affecting us. But now it has come to our doorstep," he added.

Mr Chahal said that last year for the first time in 129 years, a cyclone (Nisarga) hit Mumbai and thereafter in the last 15 months, there have been three cyclones. After that, on August 5, 2020, about 5 to 5.5 feet water was accumulated at Nariman point.

"There was no cyclone warning that day, but considering the parameters, it was a cyclone," Mr Chahal said.

Highlighting that the city has witnessed some extreme weather condictions recently, he said that the city faced Tauktae cyclone in Mumbai and witnessed 214 mm rain on May 17, though monsoon arrives here on June 6 or 7.

Before June 9, Mumbai recorded 84 per cent of the June rainfall and in July, 70 per cent of month's average rainfall was received in just four days – from July 17 to 20, he said.

Under the Mumbai Climate Action Plan (MCAP), the data assessment has identified areas and communities most vulnerable given increasing climate uncertainty, the Brihanmumbai Municipal Corporation (BMC) said in a release.

Data from across BMC's 37 automatic weather stations (AWS) over the past 10 years suggests that on an average, Mumbai has seen six heavy, five very heavy, and four extremely heavy rainfall days per year. And for all the rainfall that occurs during the monsoon season in Mumbai, each year, approximately 10 per cent falls under the heavy category, nine per cent very heavy, and six per cent extremely heavy.

"The four-year period between 2017 and 2020 has seen a steady increase in the extremely heavy rainfall events. This indicates that the frequency of such extreme weather events is increasing for the city of Mumbai especially over the past four years," said Lubaina Rangwala, Associate Director, WRI India Ross Center for Sustainable Cities.

Mumbai Man Duped Of Rs 5.28 Lakh Over Threat Of Nude Video Being Leaked