The murder was not pre-planned and happened on the spur of the moment, says Inspector General Sujeet Pandey. 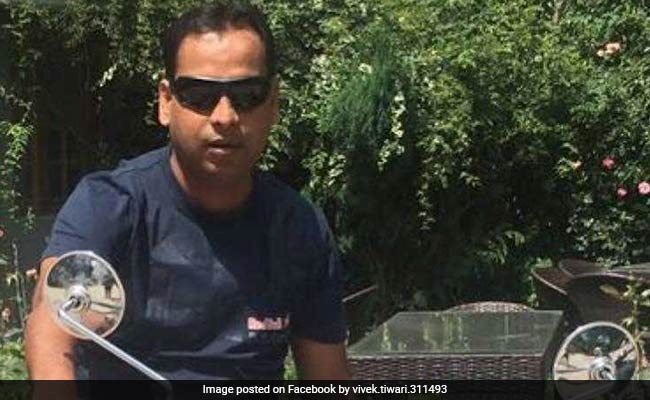 Vivek Tiwari was shot dead early on September 29 by a policeman. (File Photo)

A Special Investigation Team (SIT) of the Uttar Pradesh Police has said in its report that constable Prashant Chowdhary had opened fire "without any provocation" at Apple employee Vivek Tiwari in Lucknow in September leading to his death.

The constable shot at the 38-year-old Apple store manager, who was in an SUV, after he allegedly refused to stop his car in Gomti Nagar on September 29.

The report by the SIT, led by Inspector General Sujeet Pandey, was submitted to the DGP office on Wednesday night.

The constable had claimed that he had opened fire at Mr Tiwari when he refused to stop his car. But, the SIT report says Mr Tiwari was trying to leave the spot when he was intercepted by the police and hit the patrol motorcycle.

Taking the chargesheet on record, the court has also summoned the two accused -- Prashant and Sandeep -- from jail on the date.

On the other hand, Sandeep Kumar, the constable accompanying Mr Chowdhary, has been given a clean chit in the murder, but was charge-sheeted under Section 323 of the IPC for voluntarily causing hurt to Mr Tiwari's female colleague Sana Khan, who was also in the vehicle.

Both the constables were arrested and are in jail at present.

The 16-page SIT report also recommended action against the then Gomti Nagar SHO and the then Circle Officer for lapses.

Mr Pandey said the murder took place "without any provocation". It was not pre-planned and happened on the spur of the moment, he said.

"After a detailed investigation, we have charged Chaudhary under IPC section 302 (murder). He had claimed that he fired the bullet in self-defence. However, we found there was no imminent life threat to him or even any injury caused...," Mr Pandey said.

The Lucknow Police will file a charge sheet in the case soon, he said.