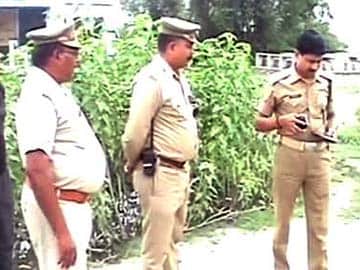 Lucknow: The post-mortem report of the woman, whose badly mutilated body was found in a school in Lucknow, has said she died due to hemorrhage caused by multiple injuries.

The report says that the woman sustained 12 injures in total. "The post-mortem reveals that she was assaulted. We haven't been able to confirm rape as yet, but forensic evidence is also being gathered," said Amrendra Singh, IG, Law and Order.

Her bloodied body was found by local people yesterday, just six kilometres from a village that former US president Bill Clinton visited on Monday.

The police say she was killed on Wednesday night at the government-run school in the city's Bahadurkheda area, where there had been tight security for Mr Clinton's visit.

The woman was allegedly stripped and stabbed several times. There were stab wounds even on her private parts. The police suspect she was brutalised with an object like a crowbar.

"It is a very brutal crime, and the crime scene was very disturbing. We have suspended the local station officer for not covering the body when locals arrived at the crime scene and also his delayed reaction to the reports of the crime," said Sutapa Sanyal, ADG, women's cell.

More than 24 hours after the crime, the police are nowhere near nabbing the culprits, but have identified the woman. Cops say the 32-year-old used to work as a lab assistant in a prestigious hospital in the city. Her husband died three years ago after a prolonged illness.

Promoted
Listen to the latest songs, only on JioSaavn.com
A spurt in rapes and killings in the state in recent months has left the Akhilesh Yadav government flailing. In May, two girls were found hanging from a tree. The girls, who were cousins, were allegedly beaten and hanged alive.