Lucknow Metro's Day 1 A Disaster, More Than 100 Rescued From It

The passengers were taken out from the back through the emergency exit of the Lucknow metro rail. 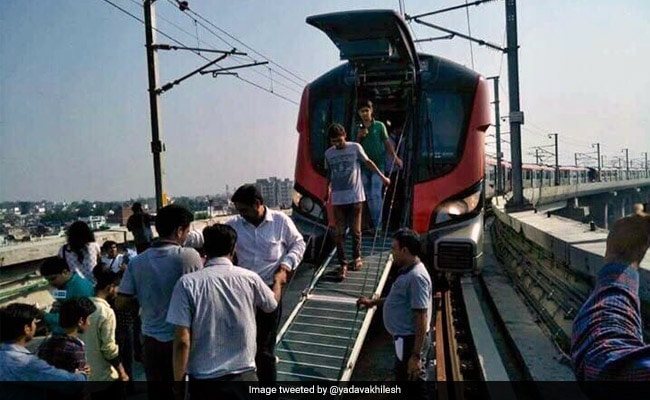 Passengers were stuck till a team of the Lucknow Metro Rail Corporation came to their rescue.

Lucknow: More than 100 passengers were rescued from the Lucknow metro this morning as the first day of the new service turned hellish.

At 7.15  am,  the train ran into a technical glitch and it stopped for over an hour.  Neither the lights nor air-conditioning worked.

The passengers, including school children, were  stuck  till a team of officials from the Lucknow Metro Rail Corporation (LMRC) arrived to remove them through an emergency exit.  They were put onto another train from a different station.

The metro, which was built while Akhilesh Yadav was Chief Minister, covers 8 stations currently and cost 6,880 crores. 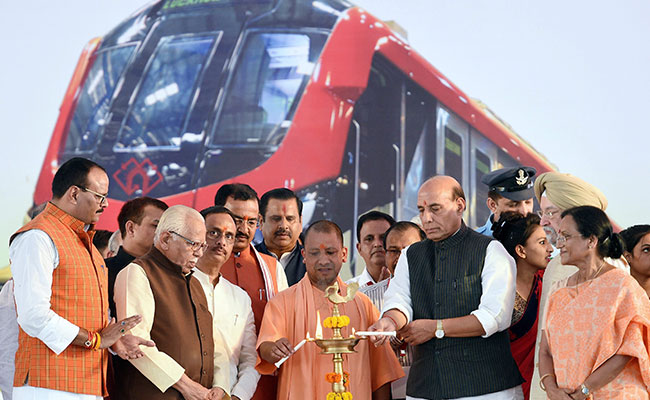 Mr Yadav disparaged today's failure on twitter, posting, "The Lucknow Metro had been built and was ready for a while now... The union government, via the Commissioner of Metro Rail Safety (CMRS), took such a long time to give the No-Objection Certificate (NOC)... despite that, the metro failed on the first day!"

"I took the train from Charbagh to reach the airport to catch a flight to Delhi at 8.45 am but got stranded and missed the flight," said Gaurav, a commuter identified only by his first name.