Decision On UP Coalition Not Easy: UP Chief Minister Akhilesh Yadav 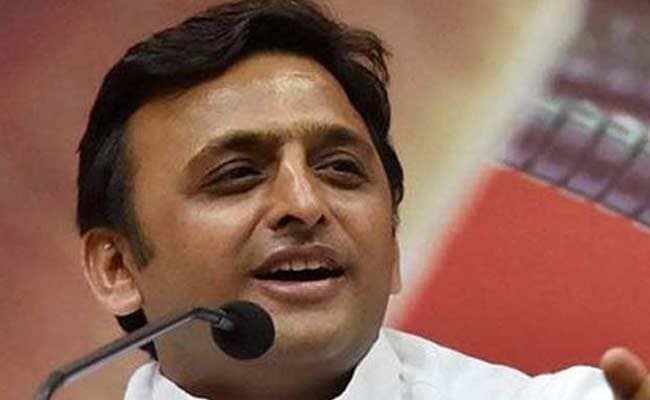 Lucknow: Amid talks among leaders of 'Janata Parivar' parties about a tie-up for the Uttar Pradesh polls, Chief Minister Akhilesh Yadav today said that achieving a coalition was not easy. The ruling Samajwadi Party (SP) could win the elections on its own, though an alliance could win 300 seats.

"We can contest alone, but in alliance we can win 300 seats," Mr Yadav said.

The Uttar Pradesh Assembly has 403 seats.

On his meeting with election strategist Prashant Kishore, Mr Yadav said, "He had sought appointment from me. I gave him time so that no one can say I did not meet him. The meeting was good."

Mulayam Singh Yadav's younger brother and his party's Uttar Pradesh unit chief Shivpal Yadav, a supporter of the alliance, was also part of the talks held at Mr Yadav's residence.

In a show of solidarity, all these leaders, besides Janata Dal (Secular) chief and former Prime Minister HD Deve Gowda, had come together for SP's silver jubilee celebrations in Lucknow on November 5. This was after Shivpal Yadav gave a call for unity among former Janata Dal leaders.
Comments
Uttar Pradesh 2017 electionsup election 2017Janata Parivar allianceAkhilesh Yadav on alliance

5 Dead In Major Fire At Hotel In Lucknow, 1 Among Them Is A Child