The CID has already slapped charges of extortion and criminal conspiracy against Bharati Ghosh and several police officers who had worked under her. 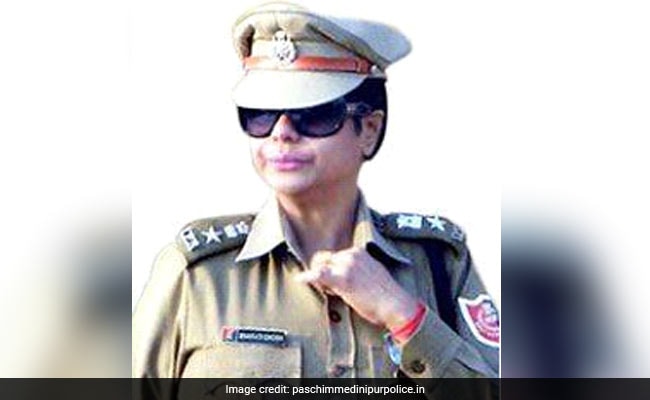 The case was registered by the Criminal Investigation Department at the West Midnapore Kotwali on Friday on the basis of a complaint by a CID official about her assets that were allegedly disproportionate to her known sources of income.

The CID has already slapped charges of extortion and criminal conspiracy against Ghosh and several police officers who had worked under her.

Her husband M.A.V. Raju was arrested on August 7 in an extortion case, after his anticipatory bail was rejected by the Calcutta High Court in Kolkata.

Four police officers who had worked under Ghosh and the caretaker of an apartment in south Kolkata's Madurdaha, suspected to be owned by her, were arrested earlier. Unaccounted cash totalling over Rs 2.4 crore, important government documents, and dozens of liquor bottles were seized during raids at flats in that residential complex.

The CID raids were conducted after a case of extortion and criminal conspiracy was lodged in Daspur on February 1 after gold trader Chandan Majhi complained against some police officers in the district thought to be close to Ghosh.

Ghosh, once a favourite of Chief Minister Mamata Banerjee, reportedly fell from grace and sought voluntary retirement after she was transferred as Commandant of West Bengal Armed Police's 3rd Battalion. Her application was accepted.

The CID issued arrest warrant against her on February 10 on the charges of extortion and criminal conspiracy and sent teams outside the state to look for her.